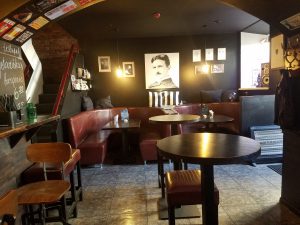 We chose entertainment of a different kind.

It had a really cool steam punk theme, some really good beer and an extensive wine selection. 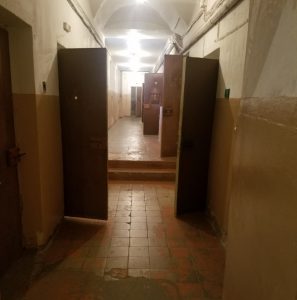 A more serious cultural site, the Museum of occupation.

Like many other countries, Lithuania was occupied by the Nazi’s, then “liberated” by the Soviets, who decided to stay.

The result, decades of misery for the people who lived there.

This corridor shows rooms where people were imprisoned for political “crimes” like writing poetry. 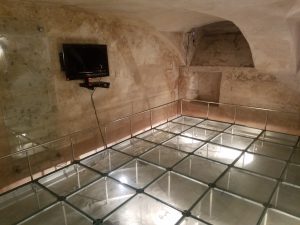 This room with a raised glass floor, was the execution room.

Outside, the names of all the people who died there are inscribed on the wall. 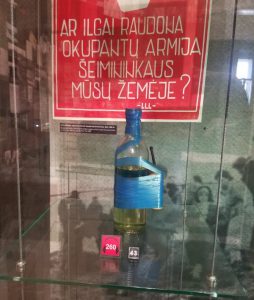 A running video showing Nazi’s at an event in black and white had some interesting background sound.

Then I realised. It was the Darth Vader music from star wars !.

Further along, this exhibit shows the classic weapon of the freedom fighter, the Molotov cocktail. 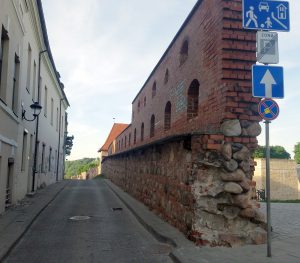 A section of the original Wall of Vilnius, built in 1522. 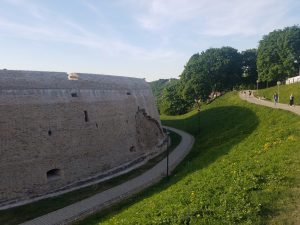 And a slightly more modern “tidy” version of the wall. 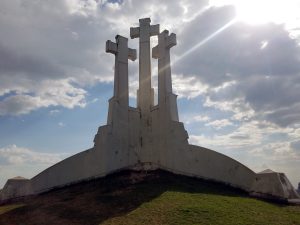 Early evening and we wander around Kalnai park (an amazing park with miles of hills and forests to explore).

At the top, is the hill of 3 crosses. 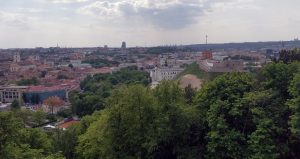 The hill was famous for 7 friars being beheaded there.

The view across Vilnius was pretty spectacular, although this photo (taken badly) doesn’t reflect that. 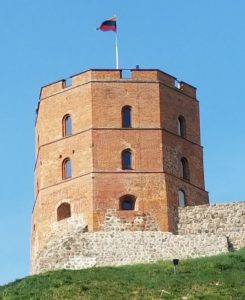 The first castle built overlooking the city, and an internation symbol of Lithuania.

Unfortunately, it was closed for repairs, so we had to take this picture from Cathedral square. 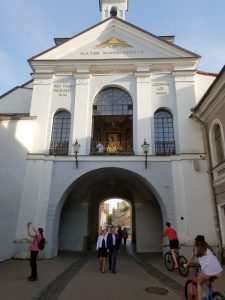 The following day, we decide to head out of town.

Passing through the Gate of dawn, we head for the bus/coach station. 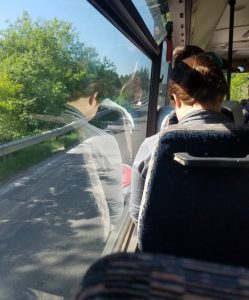 The bus was cheap and pretty comfortable, to take us to… 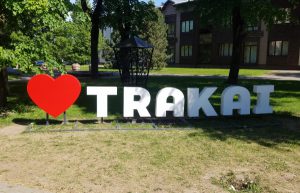 A nice place with lots of countryside and a castle to explore. 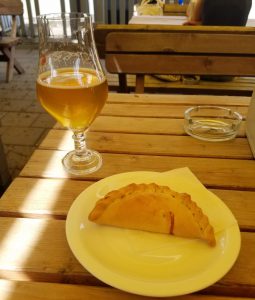 There were loads of places to eat and drink, the place is massively popular with local people from Vilnius.

We decide to have a drink and something to eat. Kibinai is a sort of Lithuanian Cornish pasty.

I’d read about them while researching the trip and it was just as nice as I’d expected. 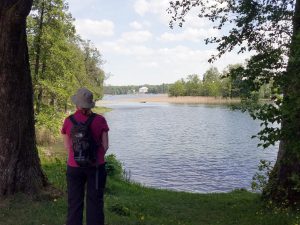 We wander around the lake. The weather was fantastic throughout the trip. 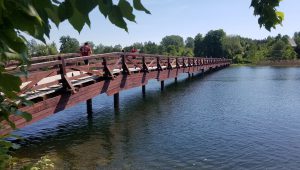 There was a half marathon being run and at one point we found ourselves in the middle of this bridge (which connects a number of Island on the lake) with about 100 people running towards us.

We resisted the urge to jump in the water. 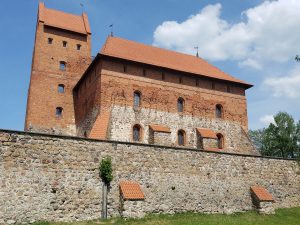 It’s been built and rebuilt and then modernised.

You can tell by the different ages of the bricks in this picture. 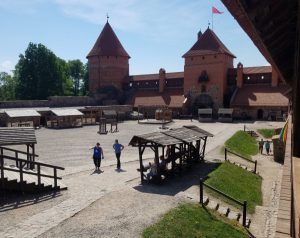 You have to pay to get in, but its only a few Euros.

Inside this sort of market square, children were being shown how to fight with plastic swords and fire toy bows and arrows. 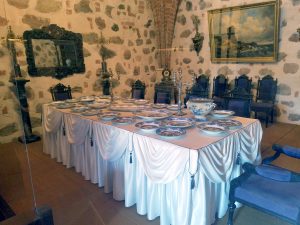 Inside, it the typical stately home thing with tables and plates and expensive chairs. 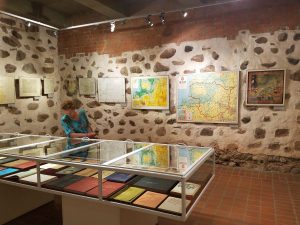 There are maps and books, many dating back hundreds of years, but some created during soviet times. 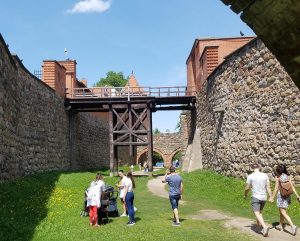 We wander around the moat. 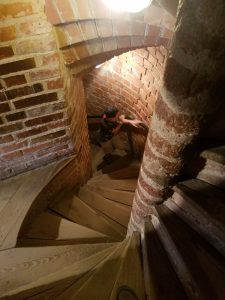 Exploring inside the old castle, with its spiral staircase.

I even found out that the staircases were designed to run clockwise-downwards.

The average knight is right handed.

The defending knight will be coming down the stairs so his sword will be in the optimum place.

The attacking knight will be travelling up the stairs, his sword will be flush to the wall, making attacks much more difficult. 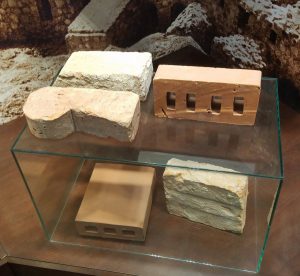 Some of the bricks used to build and repair the castle. 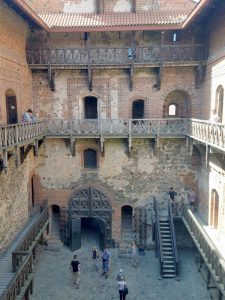 Inside the castle, this spectacular 3 story arrangement with balcony’s and battlements.

With our castle adventure complete, its time to head home.

So Vilnius isn’t really a “see the Eiffel tower” sort of place, it was more about soaking up the atmosphere.

Once again, thanks for reading.

The search for adventure continues.