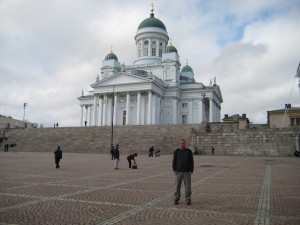 Finland is a country I’ve always wanted to visit.

Problem is, it’s never really been “near” anywhere I was going, so has sort of drifted down my list of places to see.

While planning a trip to Tallinn in Estonia, I realised that Helsinki was just across the water. Two destinations for 1 flight, the kind of equation I like. 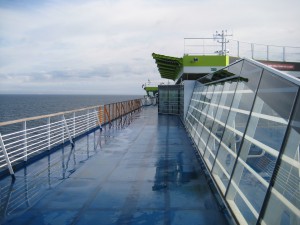 We bought early tickets the day before and arranged for a taxi to pick us up and take us to the port.

I went out on deck for a look around. 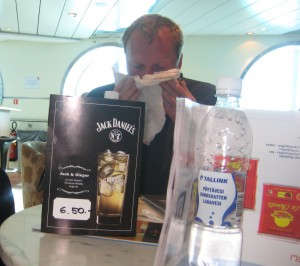 Inside the ferry cabin was bright and warm and had first rate wi fi for free.

I had a horrendous cold and couldn’t stop coughing and sneezing.

To be honest, I could have done without a 6am start and another 3 hrs in a warm bed.

It was one of those situations where if you don’t go then, when will you ? (my first trip to Gibraltar is a good example, it was 11 years before I got back there).

A quick blast of Jack Daniels helped (although the barman looked surprised I was drinking it at 7:30 in the morning). 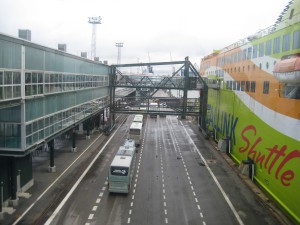 We arrive at the Helsinki Olympia terminal. 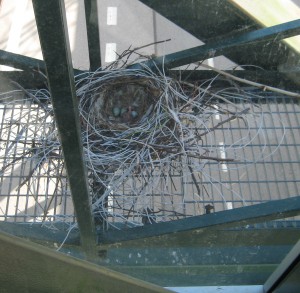 As I was walking across the gantry I saw this fascinating sight outside the glass of the walkway.

A seagull had obviously collected pieces of nylon and wire and constructed a nest. It looked like a normal nest, but had a distinct “science fiction” feel. 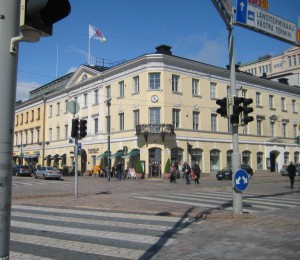 Scandinavia has a well deserved reputation for being expensive.

So instead of getting a taxi, we walked into town (it also gave us a chance to acclimatise and get a feel for the place).

There was a crispy chill in the air, but otherwise a beautiful day without a cloud in the sky. 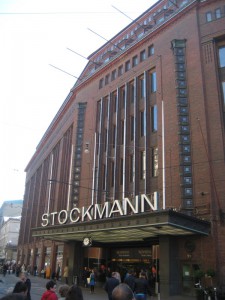 The first thing I realised while researching Helsinki, was it doesn’t have many “must see” sites.

So, if your a Japanese style “tick the box” sort of traveller, you may find it disappointing. Its more of a “experience it” kind of place.

That said, there’s stuff to do and see everywhere (even Salford 🙂 so our first stop was Stockmann’s department store.

The clock in the main entrance is nicknamed the Stocky Clock and is a popular meeting place in the city. 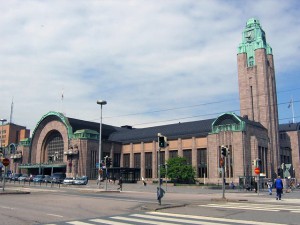 In the end, its a railway station and you go there to get trains. But, it has 2 interesting things about it.

1. In a BBC competition, it was voted in the top 10 best railway stations in the world.

2. It features an exclusive waiting room, specifically for the president of Finland. 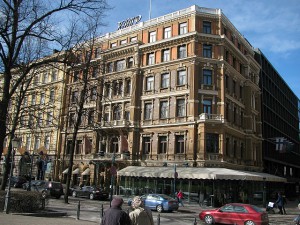 I took this picture just because I love the idea of a hotel called Kamp.

It’s also one of the major attractions of the city. 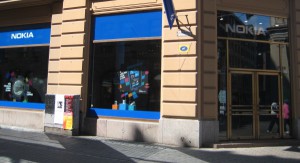 I passed this shop, and it reminded me of 1 of Finland’s main exports (before the burning platform speech that is).

For over a decade, Nokia set the standard for mobile phones (I think I owned 5 over the years).

Smart phones from Apple and Android started flying of the shelves, but I remember for a long time whenever you saw a policemen or a fireman they had a Nokia. In short, if lives were at stake, it was Nokia. 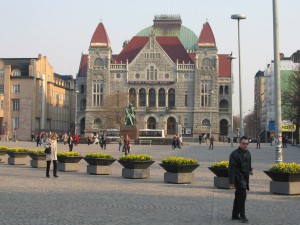 The Finish national theatre with some complete strangers ruining my shot. 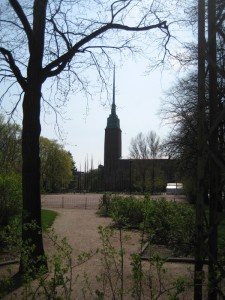 After the hustle and bustle of the city, we find a nice park next to Mikael Agricola church tower.

A good opportunity for me to consult my guidebook and Dan to smoke a cigarette. 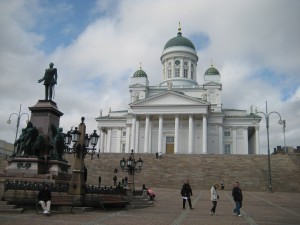 The thing that everyone comes here to see.

We head to the waterfront and market square.

Only been here an hour of two and we feel like we’ve seen everything.

A boat trip is suggested…

We buy tickets and get on board.

As it sails away from the coast, we get this view back towards the waterfront. 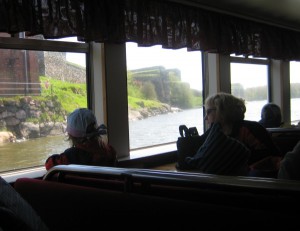 Suomenlinna is technically part of Helsinki (although its an island) and has 900 permanent residents.

Over 350 people who live on the mainland come here to work each day, so instead of a sort of museum like Robben Island, this is a living, thriving colony.

We got cold, so have retired downstairs as we pull into the dock. 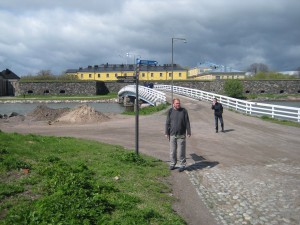 Originally kitted out as a sea fortress, its made up of 6 small islands which are connected by bridges (a bit like Orkney in that way).

A naval trading base is across this bridge, and behind me, Dan does another “photo bomb”. 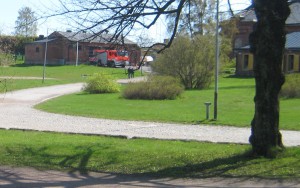 It has all the normal amenities you’d expect, including a fire engine, which had be brought over by ferry and transported using a crane. 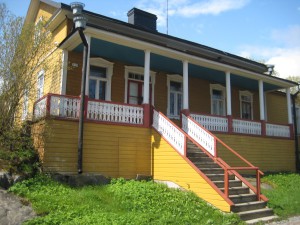 Most of the houses were made of wood in the classic Scandinavian style like this one.

I wondered how the cold weather and harsh climate would affect them.

In terms of maintaining the island, it has a penal labour colony for young offenders.

They can have their sentences reduced if they agree to live in basic accommodation on the island and help with maintenance work from cutting down trees to painting walls. 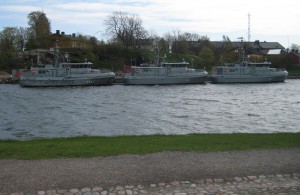 A naval officer training academy is located on the island as illustrated by these 3 parked up boats. 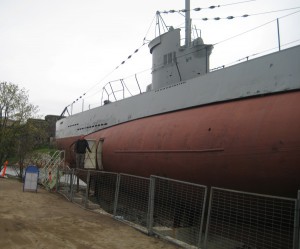 As you can imagine its very popular with tourists, so an additional attraction is the Vesikko.

It’s Finland’s last remaining submarine (so since its above water, you can presume that they dont have submarines any more 🙂 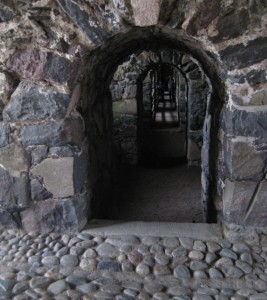 I explored some of the underground tunnels beneath the island which was pretty exciting.

In 1982 the tunnels were extend back to Helsinki to provide heating, water and electricity.

Interestingly, from 1990 the tunnel was modified for use of emergency transport.

On the transport subject, the Finnish postal service have test delivery by drones from the mainland. 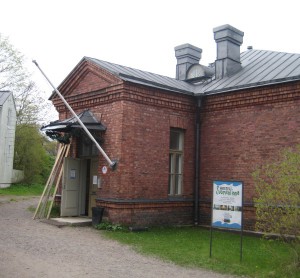 If only I’d known. 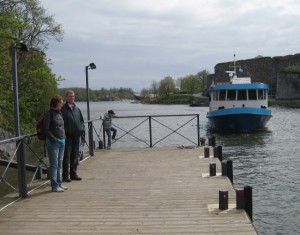 Our boat arrives to take us back to Helsinki.

A pretty hectic day comes to an end. A couple of pints as we walk back to the ferry port and then were on our way back to Tallinn.