One of my favourite scenes in Iron Man 3, is where he’s re-united with Dr Ho Yinnsen from the original film.

The whole scene takes place in Bern, Switzerland. Bern had never been on my radar before but as I looked it up, I realised it was pretty cool and I wanted to go there.

As we were on a walking tour of the Black Forest, Bern was just a short train journey away, with some advice from Lyndsay Lomax and a day to spare, off I went. 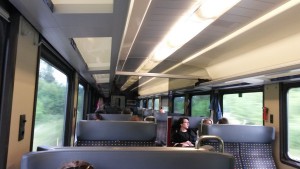 We were staying in Basel, so decided to get the train.

Swiss trains are legendary around the world.

It ran on time, was spotlessly clean and comfortable, and everyone had a seat. 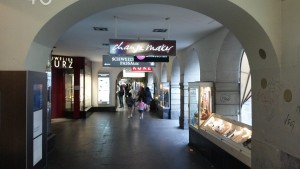 Unfortunately, the weather was appalling.

Luckily, we found this walkway, so we could get around the city without getting completely soaked. 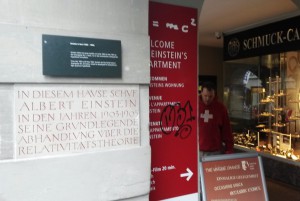 Our intention was to find some coffee and plan our route around the town.

Before that could happen we find ourselves right next to one of Lyndsay’s must see places, so we went “ad hoc”. 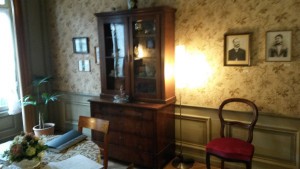 You pay to go in, and just like a normal town house, its 3 stories high.

On the first floor is the sitting room, which is exactly as it would have been when he lived there with his family. 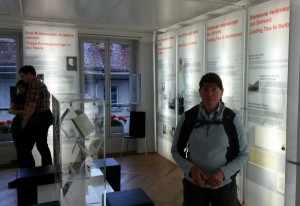 On the floor above, were various boards about Einstein’s time at school, his family life and his scientific work.

One thing that jumped out at me, was he had failed and failed time and again in his life and each time just carried on. 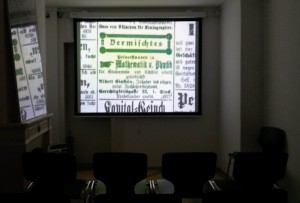 A 30 min video in a nearby room, discussed Einstein, friends he made, associations he’d joined, qualifications and honours he’d received and all sorts of stuff like that. 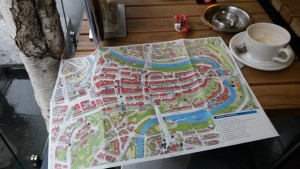 A coffee shop right next door provides us with a venue for our plans.

The superb complimentary map privileged by Bern tourist information came into use. 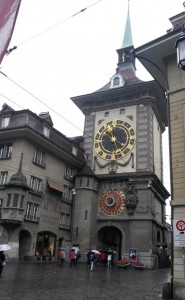 Built in the 13th century its a main meeting place in the city. 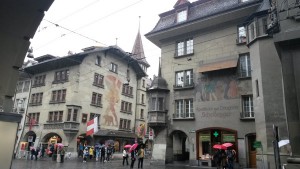 Wandering further around the town, its has a really authentic. 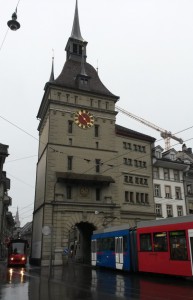 Kafigturm medieval tower, with modern trams next to it. 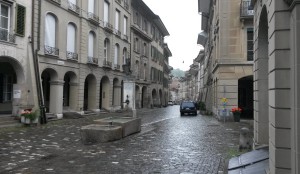 Back through the side streets. Spotlessly clean. 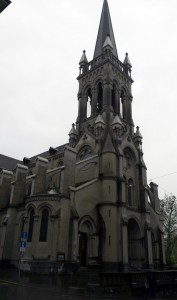 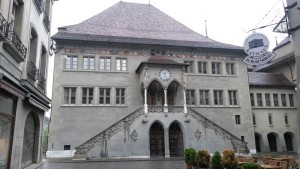 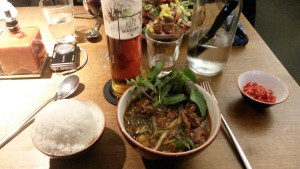 We stop for lunch at this amazing Thai restaurant on the main street, Fugu Thai.

Shared tables, amazingly atmospheric. We eat out well most of the time, but this was an unusually cool dining experience.

Truth is things are done properly in Switzerland, but it isn’t cheap. 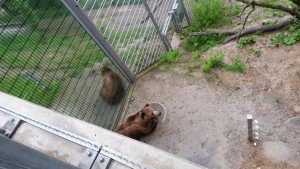 The Barengraben or Bear pitt.

Home to 3 brown bears, the symbol of Bern. 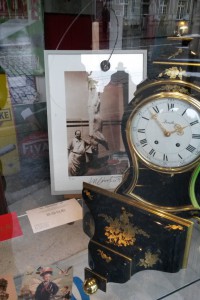 Bears not always so highly regarded.

In an antique shop I passed nearby, an awful picture of a bear hanging in a butchers shop !. 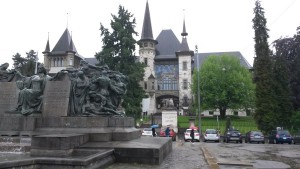 Across a bridge, the Bern historical museum. 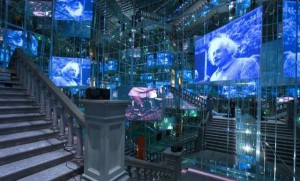 Had a massive amount of information about Einstein’s life, and a series of video’s that tried to simply explain his theories (which I still couldn’t understand). 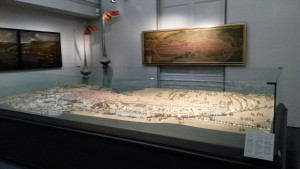 A desktop map of Bern as it existed 500 years ago. 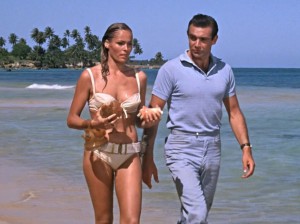 All kinds of other historical facts about Switzerland, including mention that the very first Bond girl, Ursula Andress was Swiss !. 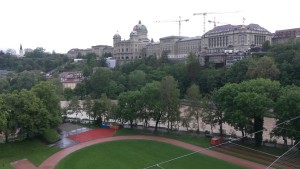 View across the river from the museum bridge. 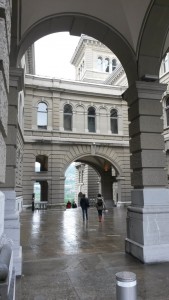 Around the federal palace forecourt.

The Federal Palace where the Swiss government sit. 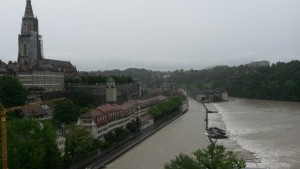 View of the river Aar from Federal Palace grounds.

A really interesting place to visit, I only wish the weather had been better.