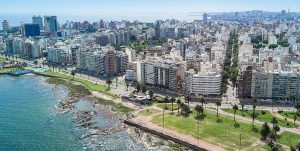 Continuing on our Cruise around South America, we stop at Montevideo in Uruguay.

Nice thing about this stop, was the boat could dock, so we could just wander on and off it rather than having to use tenders. 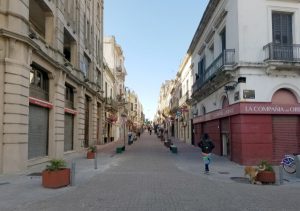 We arrived at about 7:30am, so the streets were pretty quiet.

Word had spread that a cruise ship was arriving, so there were quick a few beggars and pan handlers. Once we got further into the town, the pretty much disappeared. 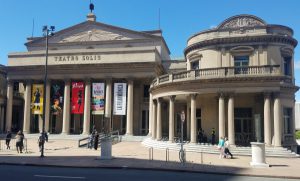 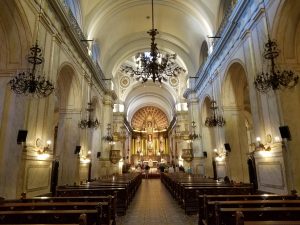 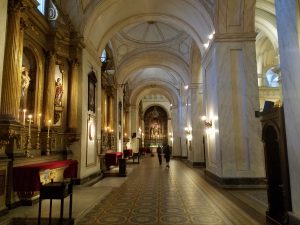 I could write loads of stuff here, but lets face it, its a Cathedral, so you know what it’s all about.

We find somewhere to relax and get a coffee to kill time until 9am. 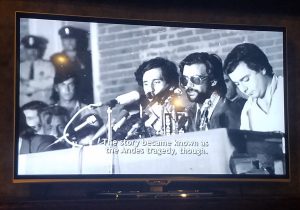 The thing I most wanted to see in Montevideo, was the Andes museum.

A bit of a strange name, as it wasn’t a museum about the Andes specifically, rather the 1972 plane crash in the Andes immortalised in the film Alive.

The visit begins with a 30 minute video with English subtitles. 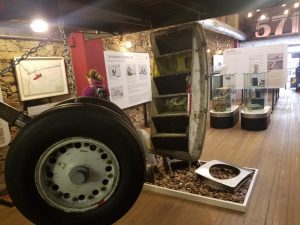 The story of the plane crash, the tragedy and the rugby teams escape and rescue is told with lots of artefacts (including large sections of the plane). 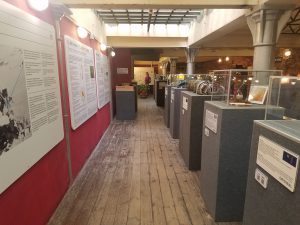 There are lots of interesting newspaper articles and memorabilia. While reading about it, I was struck by just how hopeless the whole situation must have felt. They had a radio and knew after 8 days the search for them was called off. In temperatures of -20 centigrade,  13 of the original passengers who survived the the crash.

Those that remained resorted to eating the dead. 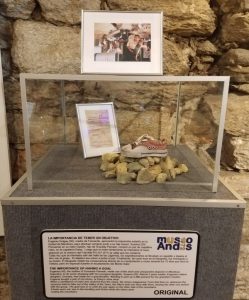 Two survivors hiked over mountain terrain for 10 days to civilisation and after 72 days the remaining passengers were rescued.

One section of the museum I thought was really good were these small children’s shoes. They had been bought before the flight as a christening gift.

When the 2 men set off, they took 1 of the shoes and left the other behind. A simple ritual, but they were determined that the 2 shoes would be re-united. 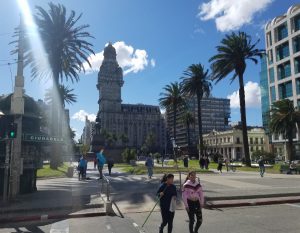 You can see that the weather was fantastic. 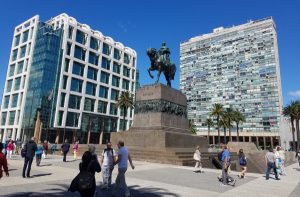 Quite an impressive square, the “man on a horse” statue is Jose Gervasio, nicknamed the father of Uruguay.

Underneath the statue, is the Artiga Mausoleum you can visit, where his remains are interned.

It’s here that we joined the “free” tour and would be shown around the city. 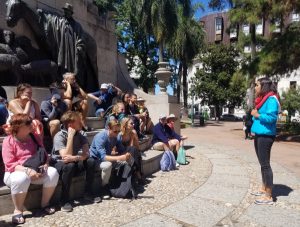 We stop in Zabala square where out guide gives us an orientation talk and tells us about the history Montevideo and Uruguay.

I’m always surprised by these free tours. They are not technically free, as you are only expected to pay what you think the tour was worth.

It always shocks me at the end of a 2.5 hour tour that people will hand over 1 Euro. I always give at least 10. 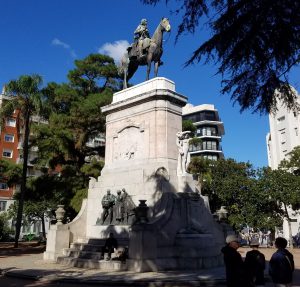 Zabala Square has another horse statue, Bruno Mauricio, who founded the city of Montevideo (that’s, the rider, not the horse). 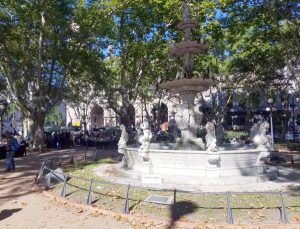 The oldest Plaza in the City. 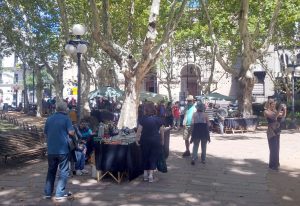 They had Market stalls selling all sorts of cool stuff (I nearly bought a uniform from the Nepolionic wars). 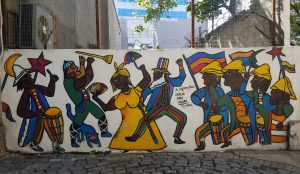 Some colourful Murals around the town. 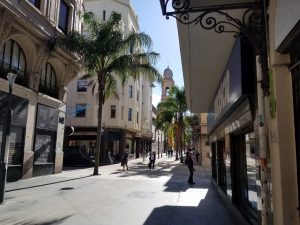 With the tour now over, we wander around exploring. It’s a very slow paced, polite and friendly city. 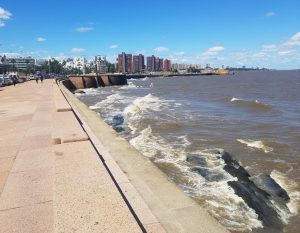 I’m always envious of city’s next to the ocean. 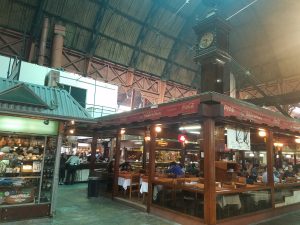 Heading back to the port, we visit Mercado del Puerto (basically, the port Market).

They had loads of nice food and wine to drink and we hung around here for about 3 hours visiting different places. 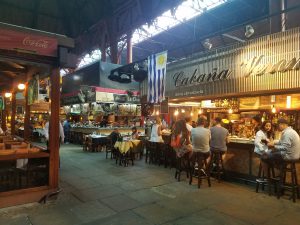 I check my watch and its time to go.

As we wander back to the port, I look out across the water. The first sea battle of world war 2 took place here.

The famous battle of the river plate. The Admiral Graf Spee was scuttled here by her captain, and lies at the bottom of the ocean in the harbour.