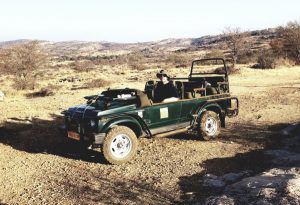 My India trip included a visit to Karauli and Ranthambore.

My favourite part, Christmas Day 2017 driving around a National Park in a Jeep (but more about that later). 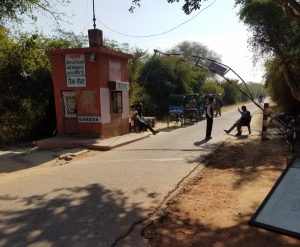 The park’s woods and man-made wetlands protect over 350 species of migratory and resident birds, including herons, cormorants and eagles. 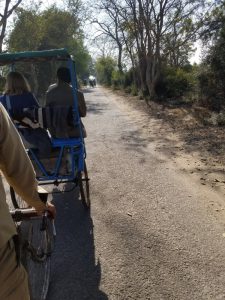 We explored the parks 12 square miles on cycle Rikshaws. 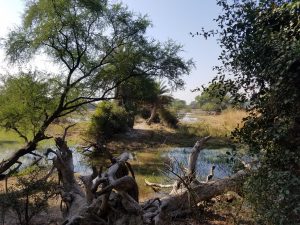 Wandering around the wetlands in search of the Siberian Crane. 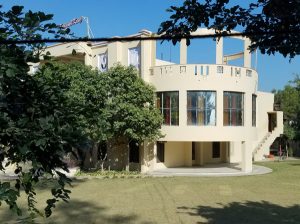 Annoyingly, I never got the name of this place where we went for lunch.

It had incredible art deco styling. 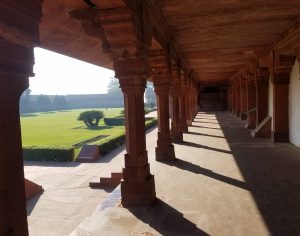 Our next stop is Fatehpur Sikri.

Founded in 1569 and abandoned scarcely 16 years later, it is a perfectly intact example of Akbar’s imperial court.

I was surprised that everywhere we seemed to go, someone would take your money, someone would print your ticket and a 3rd person would hand you the ticket. I suppose it keeps people in work. 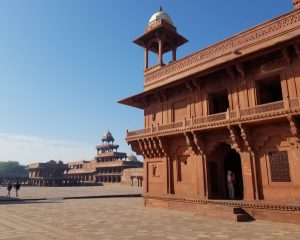 In the centre of the courtyard is the Pachisi Board, where the emperor played a game like chess, with dancing slave girls as pieces. 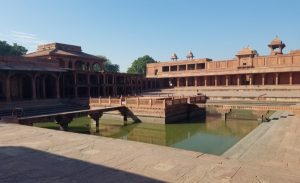 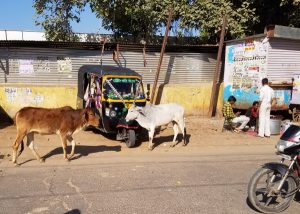 We arrive in the town of Karauli.

I took this picture to sort of capture the feel of the place. It looks like the 2 bovine have stopped to chat. 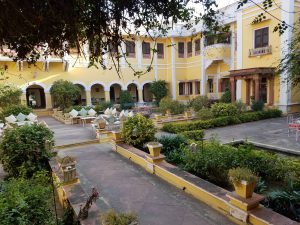 It was still partially occupied by a high ranking noblemen with his wife, daughter and their servants. 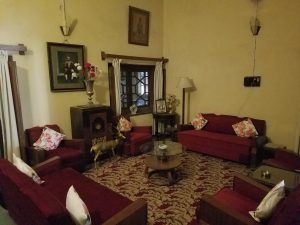 After relaxing in the garden with a drink, were shown around the inside of the building.

It was like stepping back in time to the days of the Raj. All our rooms were different, with several sitting rooms each decorated with things like grandfather clocks and old shotguns. 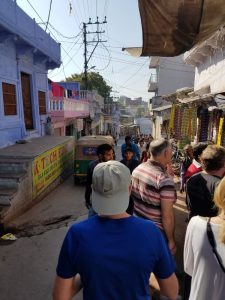 The following morning we jump into some camel drawn carts and head into the village.

Once arrived, we wander around. It was genuinely authentic.

Honestly, it’s the only place I think I’ve been while travelling without a single souvenir shop. 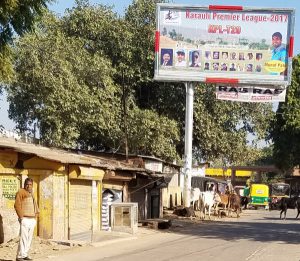 Cricket is massive in India and tournaments are played all over the country.

In this advert, 2 local sides would play in a tournament, and the winner would be presented with a trophy by Munaf Patel, a player in the National side. 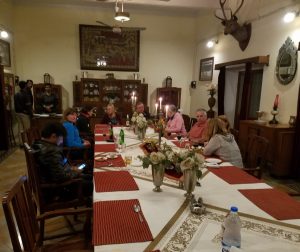 Our 2nd evening, having dinner in the house.

It was right out of Agatha Christy, and I almost expected someone to scream, and we’d find someone murdered in their room.

But that didn’t happen, we just had a delicious meal, then spent the rest of the evening sitting in the garden with Red wine. 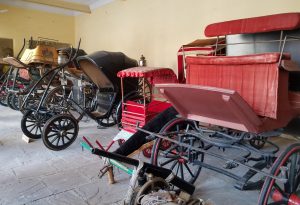 The next morning, we were given a tour of the former Royal residence. 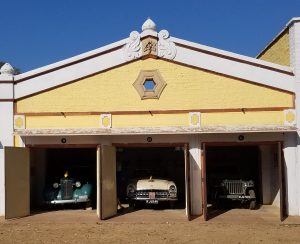 They had  a garage with old cars (including a 70 year old Land Rover).

After breakfast, it’s time to go. We load up into our vehicle and head off in search of Tigers. 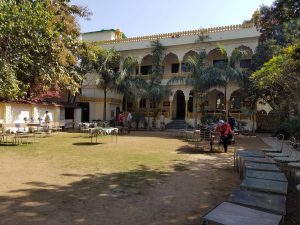 After a 2 hour drive, we arrive at Ranthambore.

We got cleaned up, got some lunch and relaxed in the garden, before our scheduled afternoon game drive. 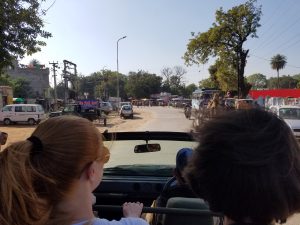 One of the things I’d been looking forward to most on the trip was visiting the Ranthambore National Park.

They have all kinds of animals there, and if you’re lucky (which I was hoping I was) you would get to see a tiger in the wild. 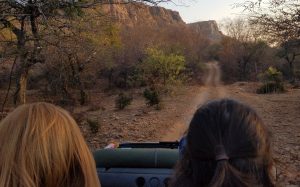 The organisation of the Jeep safaris is very structured (and regimented).

A lottery system selects who goes in which vehicle (5 to a vehicle, plus guide & driver) and which sections of the park you’ll visit.

So its pot luck, if you see a Tiger or whatever. We drive around until sunset and head back. It’s Christmas eve. 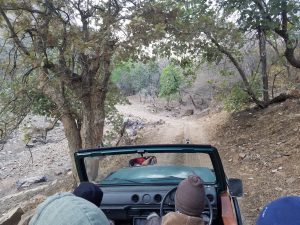 The next morning, were up early.

Ranthambore National Park was declared a wildlife sanctuary in 1957, although it was still used as a hunting reserve until the early 1970s.

There are over 40 Tigers in the park, but also sloth bear, langur, striped hyenas, marsh crocodiles, pythons and Ganga soft-shelled turtles so we were bound to see something. 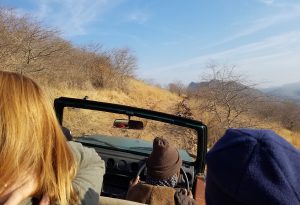 As the day continued, by afternoon, it was pretty clear we weren’t going to see a tiger.

I was disappointed, but struck by the the park’s beauty.

Once part of the magnificent jungles of Central India, it comprises of rivers, lakes and forests that nestle among a surrounding girdle of steep cliffs and rocky outcrops. 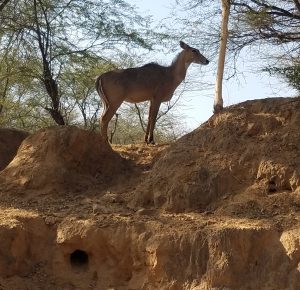 Racing around in a jeep, I can’t remember a Christmas day like it.

Our driver described this animal as “anteeelope”. 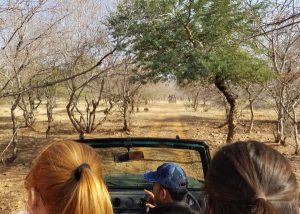 As we rode back, I remember seeing an eagle, A nice way to end the day. 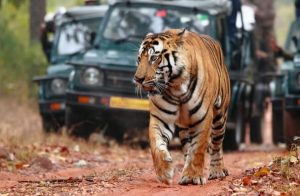 Well, although we didn’t see a tiger, we did have a really good time.

I’ve put the above picture of a tiger, just in case you (like me) wondered what it actually looked like.