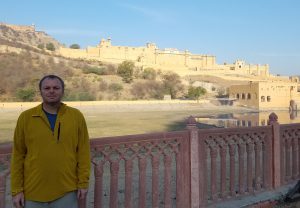 We arrive in Jaipur, the famous Pink city. 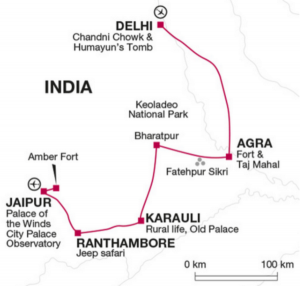 It’s the final leg of organised part of out trip with with Explore. 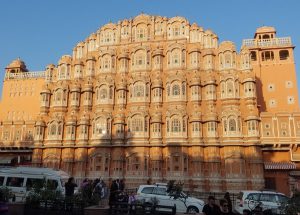 The must see sight of Jaipur, the Palace of the winds.

We never got to go inside, but a minibus stopped so we could get some soft drinks, and I took this picture from across the road. 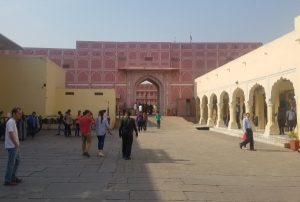 Once we get checked in to our hotel, we head out exploring. 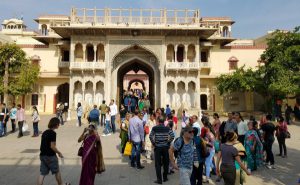 Our first stop is the City Palace. It’s more of a museum now, and there there lots of displays of royal clothing and carriages. 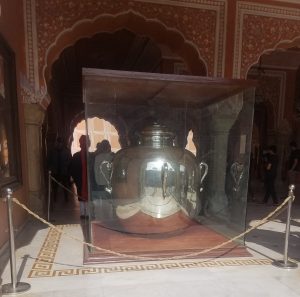 Textiles and old cannons don’t really get me going, but this Silver pot was fascinating.

When the king of Jaipur (who’s family still live in parts of the building) travelled to London, he insisted on drinking only Indian water (from the Ganges !).

Two of these silver pots, featured in the Guinness book of records and weighing 350kg each were filled with water and accompanied him on his trip. 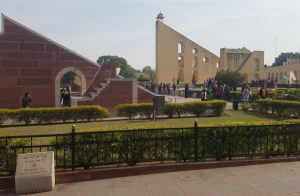 The thing I was most looking forward to in Jaipur, the Jantar Mantar Royal observatory.

Even walking in the entrance, is mesmerising, you wonder what all these strange things do. 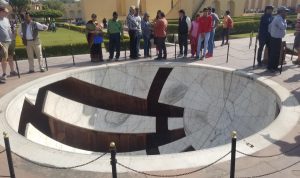 There are too many amazing things here to discuss, so I’ve just picked two.

Two sunken half spheres in marble (this is one, the other is identical, but the “filled in” bits in one are missing in the other).

A lens suspended in wire, casts a shadow over the inverted dome and can be used to calculate location. 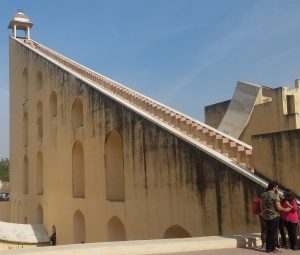 Both the instruments work on the same principle. A triangular wall is aligned with the axis of Jaipur – hence giving it a perfect North-South alignment.

The shadow of this line when it falls on the semi-circular curves on both sides, you see the local Jaipur time. The smaller or Laghu Samrat Yantra gives time to the accuracy of 20 seconds while the large one or Vrihat Samrat Yantra gives it 2 seconds accuracy.

So in summary, time accuracy to 2 seconds from a brick wall. A technological miracle. 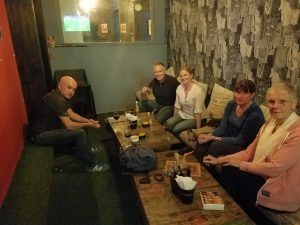 Strangely, the hotel we’re staying in has a nightclub in the basement.

Since its the only bar thats open there, we pop down for a drink. As we were residents, they put us in the VIP room !.

I’ve always been a fan of Bernard Cornwell’s Sharpe.

I was especially looking forward to visiting the Amber fort as its featured in Sharpe’s Challenge. 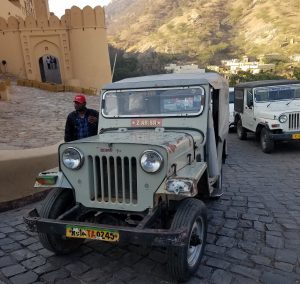 We drive to the fort and up into the ramparts in these traditional Jeeps. 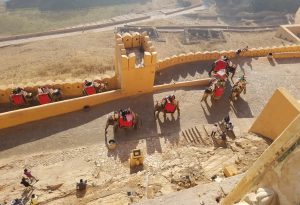 It’s possible to travel up by Elephant but I thought the jeep was faster. 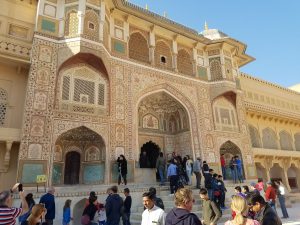 Entrance to the Fort. 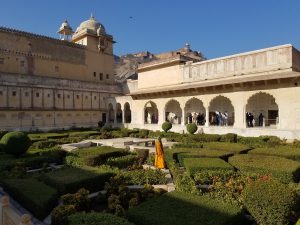 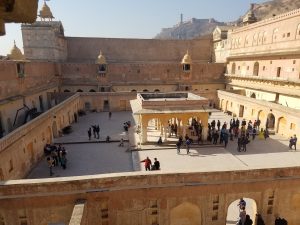 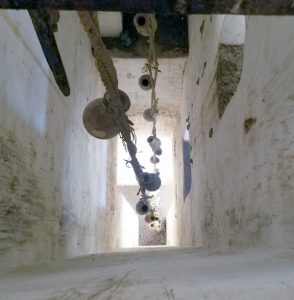 There were lots of walkways and passages around the fort (you could literally go anywhere).

Found this clever arrangement, where “running” water was available 4 levels above the well bellow. 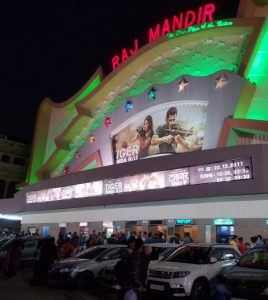 Throughout our trip to India, when we’d been travelling in coaches and cars, we kept seeing advertistments for a film.

Tiger Zinda Hai (which means Tiger is alive). It was a massive blockbuster, featuring 2 of Bollywoods biggest stars.

I’d decided to buy it on dvd when I got home and see what it was like, but no need… Our guide asked if we’d like to see a real Bollywood film in a classic setting (although we’d only be able to watch half of it due to time constraints). 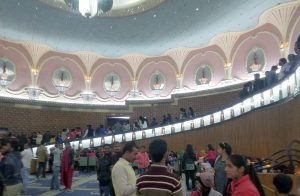 Inside, The Raj Mandir cinema, harked back to the golden era of movies.

There were entire family’s of at least three generations looking forward to the performance. I an old fashioned evening out. 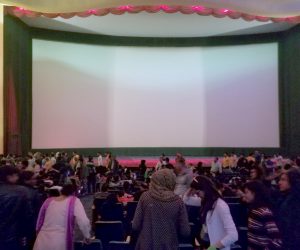 Once seated the film started. I can only describe it as being like a religious experience.

Salman Khan, featured in the opening action scene, with his back to the camera. When he turned around, the crowd roared (and I mean FA cup goal type, roared). I’ve been to the cinema several hundred times in my life, and I’ve never experienced anything like it).

When I got home, I found out it was the sequel to Ek Tha Tiger (once there was a tiger) and I’ve seen both of them now. 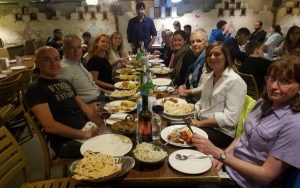 After leaving the cinema, we head out for dinner (its the last night after all).

Our guide promised one of the best meals you’ll ever eat in India !. He was correct.

Hands are shaken and goodbye’s exchanged. We head off to bed, as its an early start in the morning… 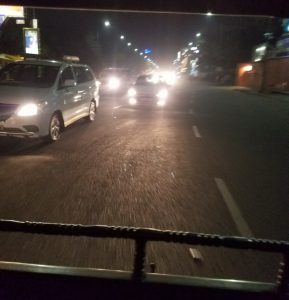 And it is. In the early hours of the morning were in the back of a 3 wheeler on our way to the railway station, heading for Udaipur.