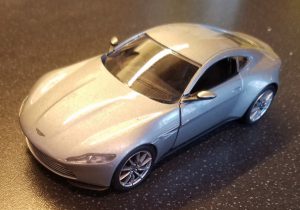 As 2018 comes to an end and my house is set up for Christmas, I’m sat watching James Bond.

Above is the model Aston Martin DB10 from Spectre, which completes my collection of Matchbox James Bond cars.

10 years ago, Christmas 2008 was a really difficult time for me (to be followed by 2009, the darkest time in my life). As I sit here, I’m in a reflective mood. How much better things are and how content I feel at the moment (although never complacent).

In the last few months, I’ve not kept this blog up to date. I was out with some friends the other evening, who I’ve not worked with in around 18 months. They said they frequently read through my blog entries as a constant source of inspiration. So, as well as the many exciting projects I have planned for next year, I commit to update this blog, every 2 weeks.

Its not like I’ll just update it for the sake of it. The reality is, something pretty interesting or exciting happens at least once a week, so its just a matter or writing it down in an interesting format. 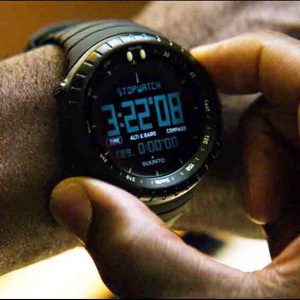 As well as 7 amazing trips this year I’ve also been able to treat myself to some nice things, including the new Call of Duty and several Rohan jumpers.

One of my favourites, is this watch I bought in March. The Suunto Core All Black watch, that features a compass and a host of other features. Used by Special Forces all over the world, and John Sunter.

I was watching a film the other evening (The Equalizer with Denzil Washington) I was surprised to see, that the hero was wearing one, and whenever he does hand to hand combat, he times how long it took him to defeat his opponents (mine is usualy used to see how late my train home is 🙂 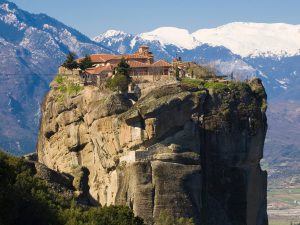 I began this weeks blog, with references to James Bond (a series of films I’ve enjoyed since I was a boy, and if I’m honest, the original inspiration for my love of travel).

My last trip of 2018 will be to Greece when we fly out on Boxing Day. We’ll visit the old sites of Athens, a day trip to the Corinth canal and the one I’m looking forward too most, Meteora.

I love the mountains anyway, but Meteora featured in an amazing climbing scene, in For your eyes only, one of my favourites.

Well, I’ll get going now, near and far the search for adventure continue’s and please keep coming back to read johnsunter.com – the adventures of an ordinary person.