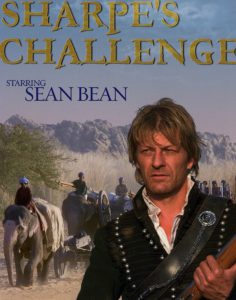 Loads going on this month (hence the lateness of this posting).

Main event is that we’ve booked India for Christmas. Amongst the many amazing things we’ll be doing on this trip, a chance to visit the actual fort featured in Sharpe’s Challenge. 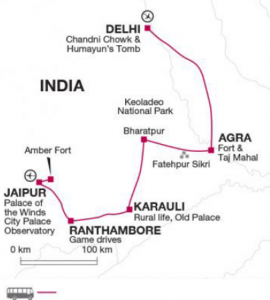 Initially, we’ll be doing a tour of Delhi, Agra and Jaipur.

We’ll visit Delhi’s old town, see the Taj Mahal and possibly see Tigers on one of the national park visits. 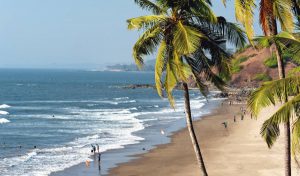 Once this is finished we’ll be travelling to Goa to celebrate New Year (not sure what specific thing we’ll be doing on this trip, but I’m thinking Sea canoeing and some snorkelling as well a daily overdose on curry). 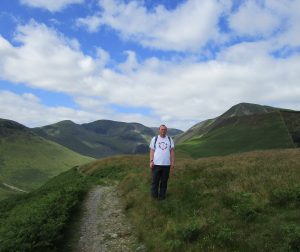 As we’re coming to the end of July, it’s given me chance to reflect on the first 6 months of this year.

It has been exhausting, but I can honestly say with walking, culture trips, weekends away and overseas trips its been the most productive year of my life (and there’s still 5 more months of it to go).

I’ve also been making strides in my career, but more about that later. 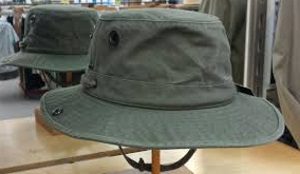 I’ve been upgrading some of my gear too, including my head torch and stuff like that (I prep and review my gear every year).

For a long time, I’ve had my eye on a Tilley hat. Problem is, I could never find the exact one that suited me.

In the Rohan shop in Betsy Coed recently, I saw this hat, the Tilley Wanderer.

Well, I’ve bought it, and I couldn’t be happier. Waterproof, floats in water, heard wearing and a raft of other features.

It’s main advantage to me are: a, I really like it and b, It looks really smart. 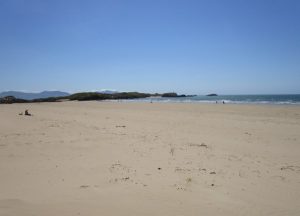 My brother rents a cottage in Anglesey each year and usually invites us over for the weekend.

We spent the evening catching up in the cottage and the following morning we headed out to see a bit of the countryside.

We wandered around Newborough forest. The weather was fantastic and the view on the beach was stunning.

That evening we had dinner in town at the splendid Dyalns and in the morning we headed out to do Carned Dafydd and Carned Llewelyn.

As we were setting off, we were speaking to the owner of the cottage. By coincidence, his parents loved those mountains and his first and middle names were Dafydd and Llewelyn in their honour 🙂 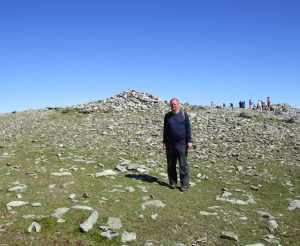 On that subject, my project to climb all of the Welsh 3000’s before the end of the year continues on a pace.

Next weekend I’m going to summit Glyder fach and Glyder fawr and I’ve arranged a date for Crib Goch, a ridge I’ve wanted to walk for 30 years.

Bellow I’ve listed all of them in case anyone’s interested in having a go themselves. 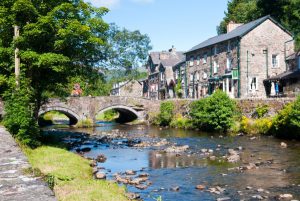 Last year Nikki and I didn’t end up doing a camping trip, so this year, we’ve caught up by doing two.

Beddgelert is a place we love visiting so we set of right after work on a Friday and headed straight over. 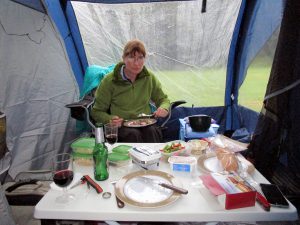 It was a bit late to eat out when we arrived so we sat out in the amazingly comfortable tent and had a sort of indoor picnic with some nice wine.

One thing I love about Nikki’s tent, is that although its big inside, completely waterproof and has chairs and all the luxury’s I’ve always scoffed at, it also takes only 20 minutes to put it up. 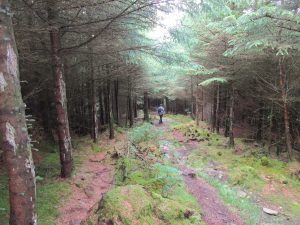 Next day we head out to walk Moel Hebog.

A fantastic walk in challenging weather. On the way back we got to walk through this charming forest.

In the evening we had dinner in restaurant in the town which was also called Hebog. 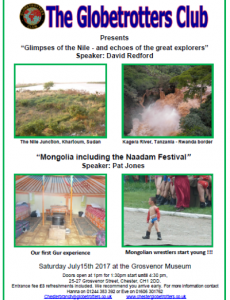 Attended another meeting of the Chester Globetrotters on the 15th of July.

Two interesting talks, one about a multi visit trip to Africa tracking the route of the old explorers to the Nile and another about Mongolia.

Nikki and I are giving a talk about our trip to Burma on the 16th of September, so if your near Chester museum in town around 1pm, come along and hear us speak !. 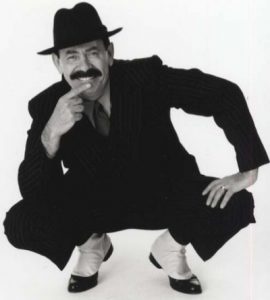 Looking around the internet the other Saturday afternoon I was reading about Scatman John.

Back when I lived in Manchester, I used to love listening to his Scat Jazz. But what I didn’t know…

John Paul Larkin had a pronounced stutter, which lead to an emotionally traumatic childhood.

He learned to play the piano and listened to singers like Ella Fitzgerald singing Scat Jazz.

Realising  that his speech impediment actualy enhanced this kind of music, he launched a musical career that would see him sell millions of songs all over the world and win multiple awards for his work.

Not bad for a person who “cant speak properly” and what in inspiration. 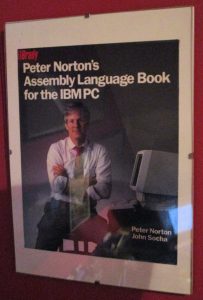 Realising that I’m probably going to be working in for the next 20 years, I’ve decided to re-train and transition to a new field over the next 4 years.

Takes me back to when I first decided to work in IT, when I was 21. My friends Mac and Caz tought me to use MS DOS, showed me how laser printers worked, how to operate spreadsheets, word-processors (there were seven on the market then not just one) and the pre-eminent database of the time, dBase.

It was incredibly frustrating at times, but after a while, some of the mud thrown at the wall would stick and from those humble beginnings I’ve had a fantastic career spanning multiple decides.

Of special inspiration to me, was Peter Norton, who wrote the Norton Utilities. So much so, I still have his picture on the wall next to my desk at home. 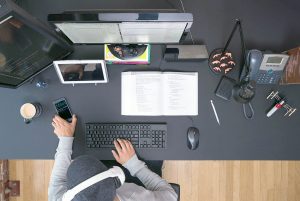 How times have changed. I’ve set myself up with a plural-sight account, so I can run training session at home during the evening (and even watch them on my tablet at lunchtime in the office).

Best of all, if something really doesn’t make sense, it can be googled on the internet or you can email one of their experts for clarification.

Its tough going, but I climbed the mountain of learning and 30 years later I’m doing it all over again. 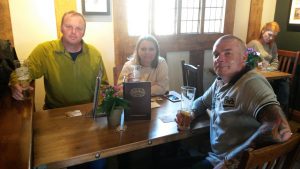 Speaking of things that happened 30 yeas ago, I recently visited Manchester and had a meet up with 2 of my oldest friends and favourite people, Julie and Nick.

We had a couple of drinks around Newton Heath and then spent a few hours in the city centre.

The picture above was taken in the Wellington. One of the best afternoons I’ve had in ages.

I briefly took leave of my friends, as there was a massive Lego “get together” going on.

Its changed its name, but what I remember as GMEX had literally hundreds of Lego enthusiasts with loads of clever things that they’d built. 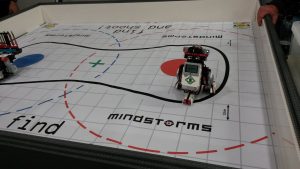 Off special interest to me, was the Lego Mindstorm section.

I have a Mindstorm robot I bought some years ago, but looking at the newest ones they have now, I think I have a Christmas present for myself lined up. 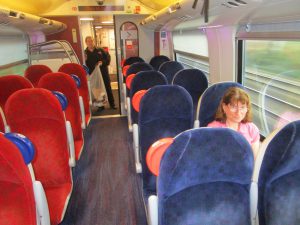 If you aren’t on it already I strongly urge you to get on the virgin train mailing list.

Several times a year, they have a sale and Nikki and I managed to get return tickets to London for £11 each.

The deal was so good that we booked to go on 2 separate Saturdays. At the moment, were working through our “London – not done” list.

A tour of the internals of tower bridge and watching a play at the re-creation of the Globe Theatre are on the agenda as well as a visit to Camden market and an exhibition on “Mod” culture.

Above is a picture from our last trip to London, when due to an anomaly, Nikki and I had an entire carriage to ourselves.

I’ve also booked tickets to Cardiff to see the Bay and the Dr Who exhibition which ends this year (but more about that next time). 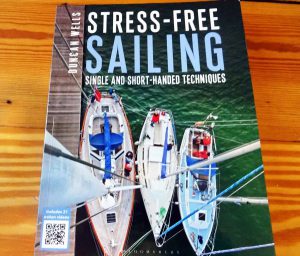 I spend a lot of time cycling now, and it my number 2 hobby, after hill walking (and adventure travel).

I decided recently that I want to build from that have a go at sailing as a possible 3rd hobby.

Not thinking big ships, ocean and sale to Morocco, I’m thinking more lake in West Kirby, some sandwiches and a quiet afternoon sale to relax.

I’m booked on a 2 day beginners course in a couple of weeks, but in the meantime I’ve got a book and a dvd from the Royal Yachting Association to prepare.

Nikki’s sister Lyn has been assisting me with questions by email. Lyn is a qualified ocean Yachtmaster and I wonder if questions like “what shoe’s should I wear” aren’t just the smallest part undeserving of her skills. But I’m great-full anyway. 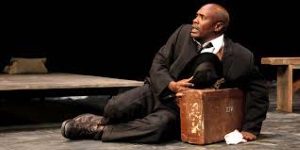 Like many people in Chester, Nikki and I were delighted when the Storyhouse was finally completed.

Its the starting pistol for a regeneration of the City.

We’ve booked to go to all 4 of their performances and were going to see the Beggars opera this coming Saturday.

But lots of cottage industry’s have sprouted up while we were without a theatre/cinema, like Tip Top productions, and Chez Jules, where you can have a meal then watch a classic film.

We want to keep those things alive, so I’ve booked to see a film called Momento in a couple of weeks.

I’ve never actually seen a performance at the Liverpool playhouse, so I’m really looking forward to the Suitcase, set in apartheid, its performed by a visiting South African theatre company. 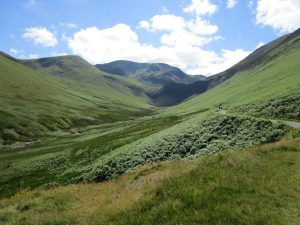 Our 2nd camping trip of the summer, was to Keswick.

We normally stay in Ambleside when we visit the lakes, but since we were camping, Keswick has, in my opinion the best campsite in the country, with its location right in the town and next to the lake.

Arriving on Friday night, we got the tent up the headed out to the Keswickien chippy, voted one of the 10 best chip shops in the country.

In the morning, we walked up Grizedale pike and the weather couldn’t have been better. 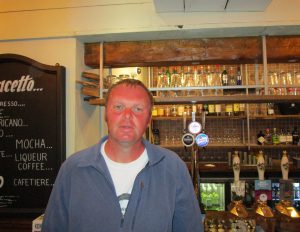 Too good you might say, as you can see, I didn’t take my Tilly hat, so the sun got the better off me.

I had a few drinks before dinner at the Inn at Keswick, which for many years was called the Keswick lodge, a place of many happy memories.

I remember standing in this exact spot during my stag do in 2000 with some of my favourite people.

Mexican for dinner, off to bed, then tent down and a shorter walk on the way home. 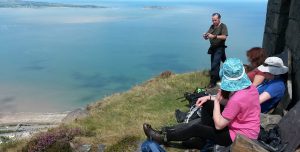 On the weekends when we aren’t doing our own projects we go out walking with the Chester and District Walking Group.

Brian organised a trip Llanfairfechan and we wandered up to the quarry and cliffs overlooking the town bellow and the ocean. 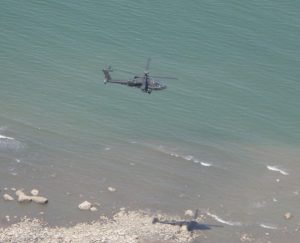 As a youngster my brother and I used to play a fab game called Gunship.

You got to pilot an AH64 Apache helicopter gunship in a number of theatres including the Vietnam war and a theoretical 3rd world war.

So, it was amazing to see a real Apache gunship flying over the ocean bellow us.

One of life’s special moments.

Thanks for taking the time to read this, and once again, the search for adventure continues…