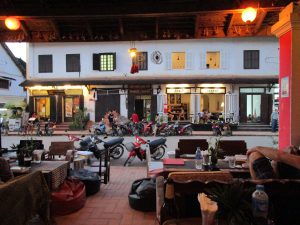 Luang Prabang in the evening was a lovely place to hang out, drink some nice red wine and eat Asian or Western food. 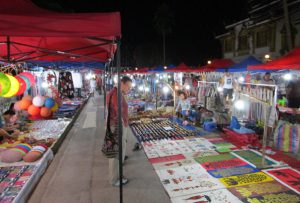 A ubiquitous night market sold everything under the sun.

Therese always some sort of fashionable trinket, and this years was a bamboo thing that you put your mobile in.

When you played music, the bamboo enhanced the sound.

The following day were picked up and head off for our jungle trek.

Several different groups were in the truck, and the first group were dropped off to do mountain biking. 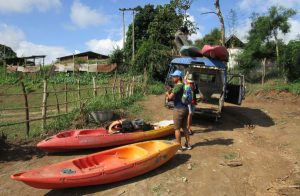 When we arrived at our destination, another couple were going canoeing. 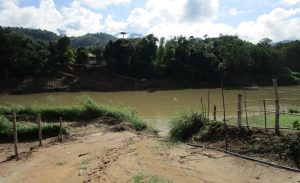 They put to water in this river.

The start of our jungle trek was on the opposite bank. 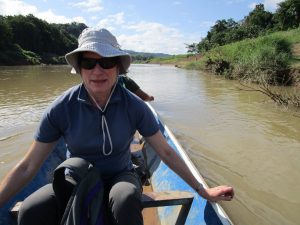 We were transferred across by traditional canoe. 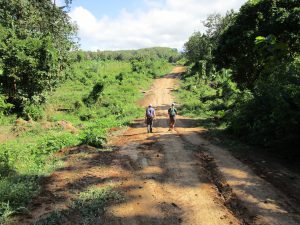 Our walk begins through rugged tracks leading towards the first village on our trek. 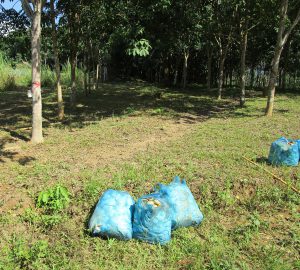 The villagers main source of income is are rubber trees, and here you can see a tree being “piped” and some bags with rubber ready to be processed. 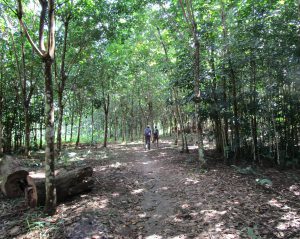 We leave the road and head through forests.

Our guide Lan was a really interesting guy who had worked as an adventure guide for several years. 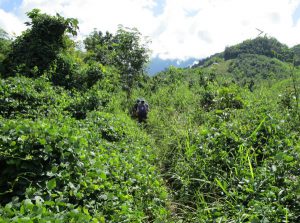 From here we head into the jungle. 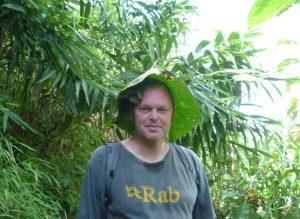 He demonstrated this technique of fashioning a large leaf and “sewing” it together to make it into a hat. 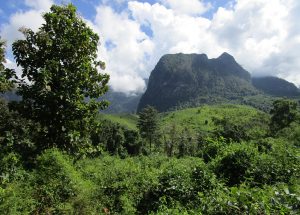 The route takes us higher into the mountains and we are furnished with walking poles.

I wondered what kind of cutting tool our guide would have. A Parang, a Panga, perhaps a Kukri.

Interestingly, none of this. He had a kitchen cleaver. To my surprise it performed perfectly.

He explained he used it as he could use it for preparing chickens at home, being stainless steel it was easier to clean and held and edge for longer. 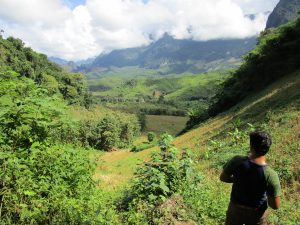 We reach the top of the col, and the view into the valley is spectacular. 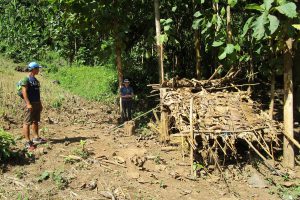 At the bottom of the hill, were on the outskirts of another village.

They have constructed this simple shelter, so that travellers and people visiting relatives have somewhere to stay. 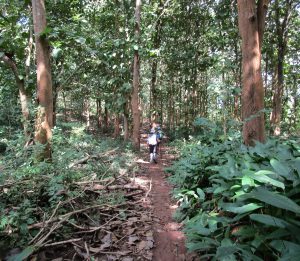 Much less dense, we wander through a wood towards the village. 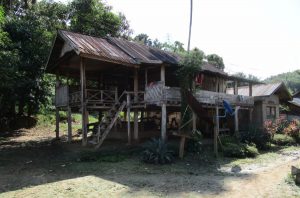 The village has a school, a rice store and loads of other cool things.

It was quite simple though, and most of the people we were introduced too, seemed reasonably happy though they didn’t have much in the way of possessions. 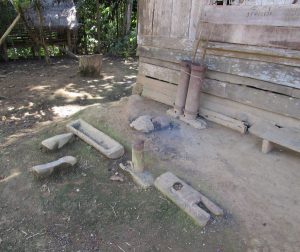 In the middle of the picture is an artillery shell.

It had been repurposed as an anvil and was used making things and processing bamboo.

As it was a nice day, we visited the village shop.

The owner and a few friends were inside sitting around a fire (in baking heat) and drinking whisky.

It was too nice a day to miss an opportunity, so I bought a couple of bottles of beer and we sat outside in the shade for an hour and chatted.

It was one of the most relaxing moments in the whole trip. I opened the bottles with my Swiss army knife, Lan seemed as impressed with that, as I was with the cleaver. 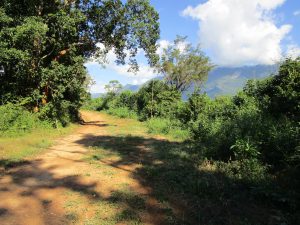 Leaving the village, we wander through a clearing and back along the road. 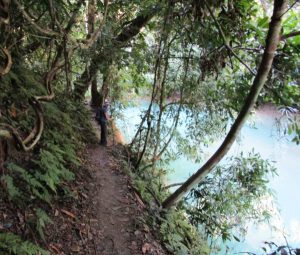 We leave the road and follow a trail by the river. 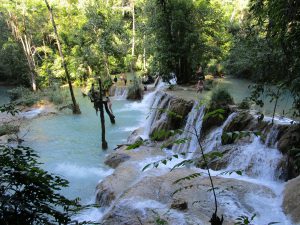 And shortly afterwards, we arrive at the Tad Sae waterfall. 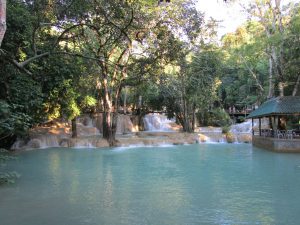 Around the front of the waterfall, there are loads of people relaxing and sunbathing. 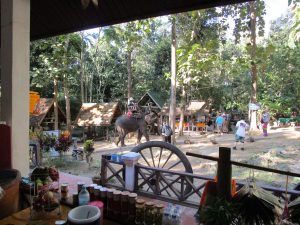 Tragically, we’ve now left the beautifully jungle and arrived at a tourist trap, with all the razzmatazz that entails…

But, we’ve also got lunch included with our trip and I have delicious Pad Thai with Chicken. 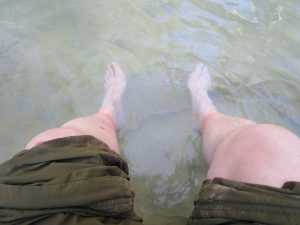 I rest my weary feet in the cool water.

Whilst doing so, I admire my Rohan Jungle cargoes.

I bought them some years ago, and I always think its a wast to go to a jungle and not wear them for their intended purpose. 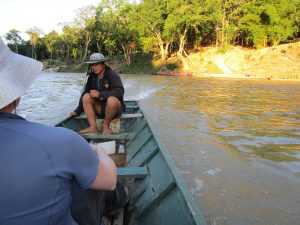 A boat takes us back across the river where the trick waits to take us back to our hotel.

Another lovely evening, red wine, and a nice peace of steak for dinner. 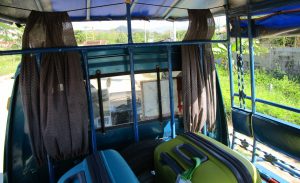 In the morning, after breakfast by the Mekong Delta, we load up another truck with our bags and head for the airport.

My first visit to Laos complete, I thought the place was fantastic and I’ll be going back.