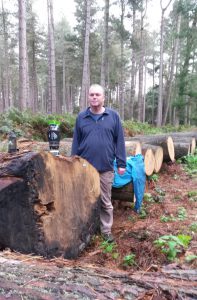 Well, a couple of weekends at home.

So, in no particular order are some of the stuff I’ve been doing.

Above is a picture of me in Delamere Forest where I went walking with CDWG. 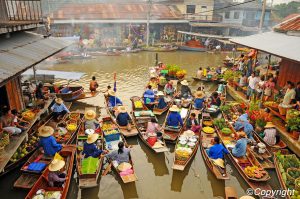 This year I’m doing a long weekend in Bangkok (and catching up with Frank) 4 days in Luang Prabang (in Laos, a country I’ve not visited before) and then an 8 day tour of Burma, a country which has been “closed” for 25 years. 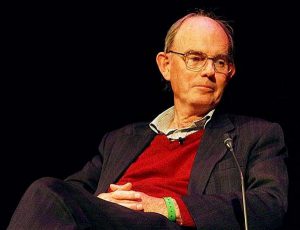 As part of Chester’s literary festival (you may remember a few years ago I went to see Jonny Rotten at the CLF) a talk was being given by Chris Mullen.

He is famous for the release of the Birmingham 6, but my favourite thing about him, is he wrote A very British Coup which I really enjoyed.

Interesting talk from a career politician. He was asked at one point about Brexit and the possibility (now confirmed) of Donald Trump becoming president.

He said simply. You cant dismiss these people. Many of the voting public feel like their not being listened to and are kicking back. It will be a few years before this is sorted out. 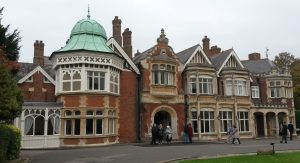 It a good few years since Frank and I visited Bletchley Park, the home of the war time codebreaker Alan Turing, who this website is dedicated too.

Nikki and I decided to get the train down and visit it. 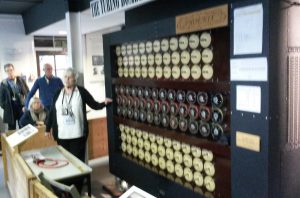 There’s always a lot of confusion around Enigma, Bomb and Colossus.

Just to clarify, the Enigma is the typewriter type thing that was used to encode/decode information.

The Bomb (shown above) was used to decrypt the data using an anomaly in the Enigma machine (it could never convert a letter back to itself). 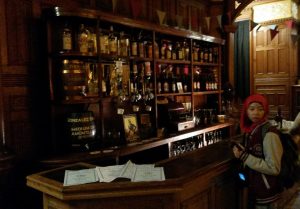 A film I really enjoyed, the Imitation Game (alluding to the Turing test) was shot mostly at Bletchley park.

I hadn’t recognised it while watching the film, but this is the bar featured in the film. 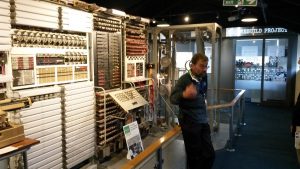 A confusing state of state of affairs exists where the British Museum of Computing is on the same site and the relationship isn’t friendly.

One thing though, is there’s all sorts of info about a very complex German code called Lorenze. Daft thing is, the Colossus computer that cracked it and has been reconstructed is in The BMC and you have to pay another fee to see it.

But its a fascinating thing and worth the money. Above, a volunteer maths teacher gives up his weekend to demonstrate Colossus. 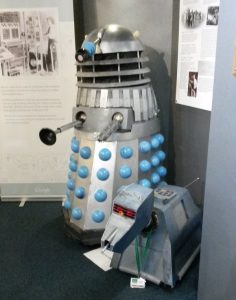 Some of the things there are a bit querky (but its a British museum after all) and it has Sega megadrives and BBC micro’s everywhere.

I also found these 2 props from the original series of Dr Who. 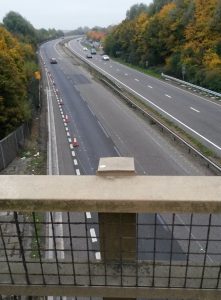 Afterwards, we went to the 8 Bells for a drink (Turing rarely went out to the pub, but had drunk here)

Later in the evening we wandered into the town and watched Dr Strange at Milton Keynes.

Above is a picture of what most people think Milton Keynes looks like. 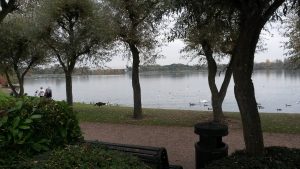 On Sunday, our train home wasn’t until 4pm, so using our map we worked out a route through parks and gardens and wandered around for 5 hours.

Above is a picture of some of the beautiful scenery in Milton Keynes and I think its sad that so few people know about it. 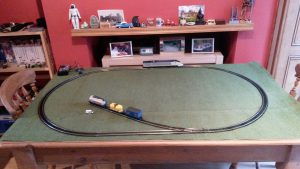 I got some “grass” and bought a few accessories to set up the train set as you see it above.

The train my dad wanted me to have. 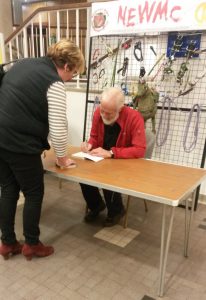 Back to Wrexham for an evening to hear a talk by Chris Bonington, one of my all time heroes.

Aged 82 now, he talked about a life spent in the worlds far away places and the joys of being the first to cut a new route and the tragedy of losing friends on the mountain.

Most inspiring was at the end. He said that I’m now 82 and I wonder what the future holds (2 years ago he climbed the old man of Hoy, so he’s pretty fit and healthy). In summary he said simply “never give up” always strive and try new things. 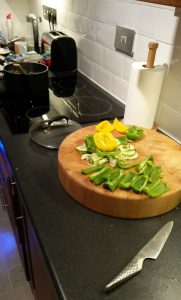 Back at home, I’ve been experiments making my own soup. 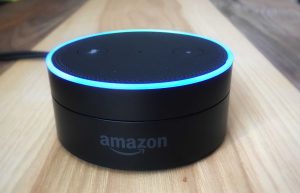 I saw an Amazon Echo on season 2 of Mr Robot.

I thought it looked really smart. Basically, it connects to wifi, and you can ask it questions, use it to play music, wake you up and update to do lists (it can be set up to turn on lights, but I dont really need that).

Well, with Nikki’s birthday coming around and she being almost impossible to find a present for, I bought her some really good lights for her bike and one of these.

It’s setup in my house at the moment, but its great to say “Alexa when is the next train to Manchester ?”. 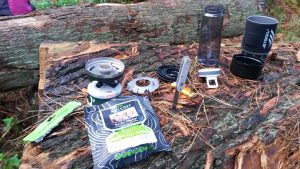 I bought a Jetboil stove a few years ago. I loved my Trangia and took some convincing to switch, but its amazingly compact and can boil water in no time.

On a recently walk in Delamere forest, instead of taking sandwiches as I usually do, I made beef stew and dumplings.

Unfortunately I’d forgotten a spoon, so had to quickly carve and improvised one.

Not the nicest meal I’ve ever eaten, but a lot nicer than I’d expected (a few shared by everyone else on the walk who tried it). 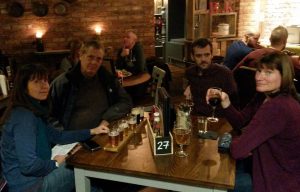 Had a “lads” night out the other week with my old friend Dan (ok so only 1 other lad).

As Nikki’s sister Lyn and her husband Vic were in town, we all met up for a drink in the Brewhouse. 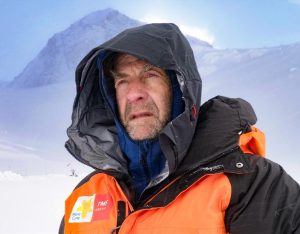 Also part of the Chester Literary Festival was a talk by Sir Ranulph Fiennes.

I’ve been to a talk previously, where he talked about his life, but this time he was talking about a book he’d written called fear and how he’d personally tried to overcome his fear.

But then he was talking about the knife edge ridge of the Eigre and I have to say sensing fear at that moment, is entirely sensible surely 🙂 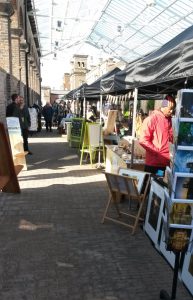 Every month there is a Pop up Artisan Fayre next to Chester Railway station.

Nikki and I went along. There were loads of interesting things and a place where you could buy beer and pizza’s

We also found a stall where they made their own chilli sauce and we made some to eat with the fishcakes that we made. 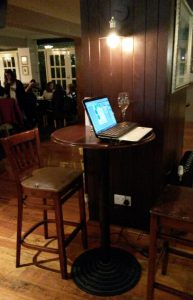 In the Lock Keeper the other evening.

Sat in a corner, going through my to-read list and jotting down notes about trips and projects, I notice something strange.

The charming bar manager (who’s name I dont know, but is always very pleasant to me) produces a laptop from a Tesco shopping bag and proceeds to start doing some work.

I have 3 laptop bags, and the 1 I had with me wasn’t one I particularly liked.

So, against her protestations, I gave her my laptop bag and when I left took my laptop and papers home in the Tesco bag 🙂

I’m using a different laptop bag now, and I’m delighted I was able to do something nice. 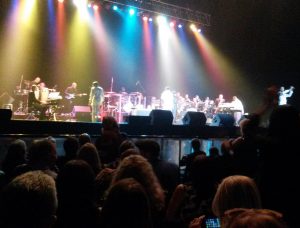 The 4 tops and the Temptations are legendary musicians from the Motown era.

And they were coming to Liverpool so Nikki and I went to see them.

Some of the groups only had 1 original members, but I was struck by the vocal power of their songs.

One person was introduced. He has 35 PLATINUM ALBUMS to his name, a legend in the house tonight he continued.

Its not the sort of music I normally listen to, but I’ve put some of it on my IPod now 🙂 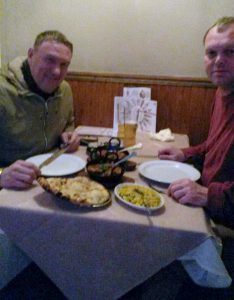 Tony and I went for a curry in the Bombay Pallace.

I got there all the time now, as the food is superb.

There seems to be a sort of renaissance going on in Chester at the moment. Turkish restaurants are opening, traditional curry houses are closing and places previously out on the fringes like the BP have re-invented themselves to roaring acclaim (well, from Tony and I at any rate 🙂

A comedy drama called Police Cops which was very popular at the Edinburgh Fringe, was performed in Chester at the little theatre.

With just 3 characters it parodied lots of cop shows from the 80’s. Since I really enjoyed loads of those shows, we went along. 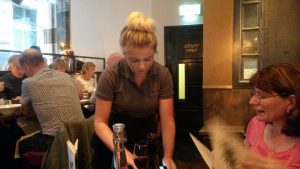 An afternoon in Liverpool, we had dinner at the newly opened Alchemy. 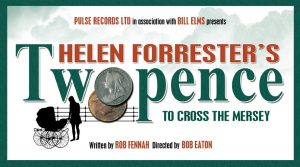 Later we went to see Two Pence to cross the Mersey.

I helped Nikki to pronounce it as Tuppence the way my grandma would have said it. 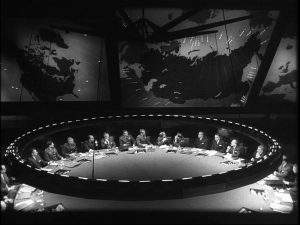 Chez Jules do a cracking deal on Thursday evenings, where you get to have a 3 course meal and they put on a classic film.

Nikki and I had never seen Dr Strangelove so off we went. I couldnt believe that people were so cavalier about global destruction at the height of the cold war!.

But the dinner was nice and the film was pretty good (including the ending with people in cowboy hats “riding” bombs. 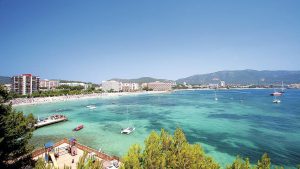 I haven’t been on a lads holiday in a while.

Since Nikki and I are at home this Christmas, I’ve hooked up with a few friends and were going to Magaluf in late December.

I’m told it has a different vibe later in the year and is supposed to be quite mellow. 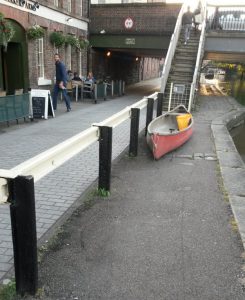 And finally, went out for a couple of drinks in the legendary Harkers the other evening.

More stuff when I get back from Burma, in the meantime, near and far, the search for adventure continues…

why walk to Harkers when you can canoe there ?