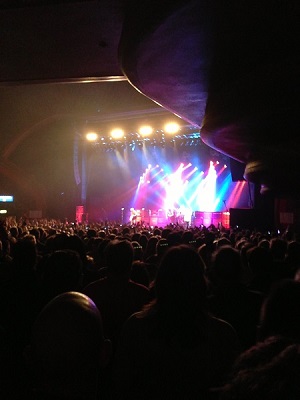 Well, someone I’ve seen quite a lot of lately, asked me if I’d like to go to another. This time, it was those rock legends Status Quo.

I wasn’t sure what to expect, but they were really good.

Even more interesting were the band members. The band was founded in 1967 but around 30 years ago 2 members, Francis Rossi and Rick Parfitt left to setup on their own, but kept the original name.

For the first time in 30 years, the band re-united with Alan Lancaster and John Coghlan (considered opinion is they are unlikely to do so again, so I feel privileged to have been there). 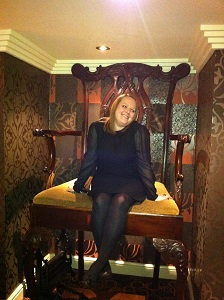 Congratulations to Lisa and Phil at work, who are expecting their first child.

Lisa has been a real friend to me, from the first day I started working here. Phil joined later and provided much needed male influence to the team. I was delighted when there romance was kindled on my birthday do, almost 2 years ago.

I’m genuinely made up for them both.

Phil may find this article useful. 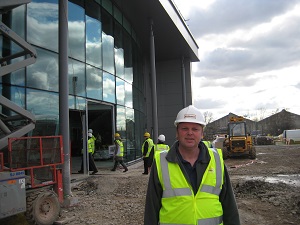 I’m mad busy at work and grafting flat out.

But its worth it. Our new building will be completed soon and months of planning will see all sorts of state of the art technology implemented.

Its hard to describe the excitement here at the moment, but between me and Dan and our suppliers, its going to be amazing.

For me personally, I consider this (if it all goes to plan, which I pray it will) to be the greatest technical achievement of my career. 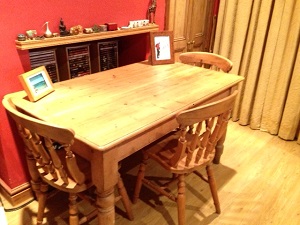 Some of you will remember when I helped out at Antique Pine Imports. I bought a table about 18 months ago. Its made of pine, and I absolutely love it.

Thing is, when you have furniture that 200 years old, it needs occasional maintenance. I was delighted when Glenn offered to help and picked it up, to take to the unit.

When it came back, it was in mint condition, made all the more pleasant to know the work was done by people I’d worked alongside (who unlike me, actualy knew what they were doing 🙂 ) 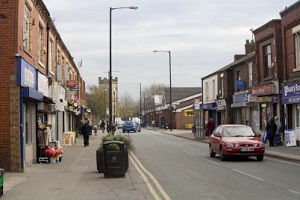 Tragically, its not uncommon these days, to open a paper or turn on the television and read/hear about some kind of violent crime.

I was in the pub in Chester the other day, and it came on the radio, about a violent attack on a young person. So violent in fact, that the police had released a photo of the lad, and put CCTV footage onto youtube in the hope of find the culprits.

OK so far. Then they mention where it is. Remembering the size of the whole UK, its actually in Newton Heath, Manchester. The place where I grew up, and just a few hundred yards from my childhood home, and the actual road where I used to deliver newspapers.

You can watch the video here.

To show the more cultured side of Manchester, a play called The Machine is being shown at the Manchester International Festival. It loosely tells the story from the documentary Kasparov and the machine. I didnt find Kasparov convincing, but the story was fascinating. 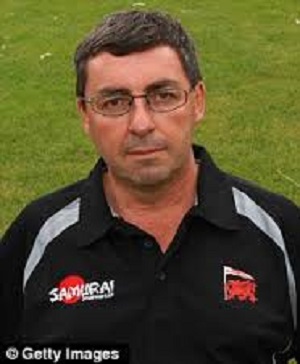 I sometimes read the news on my IPhone on the train in the morning.

Sport isn’t normally at the top of my list of interesting topics, but was interested in a story about rugby manager Mike Scott.

He had committed fraud to try and get an overseas player into the team. He had been banned from any kind of involvement in Rugby Union for life.

Faced with the option to appeal, he said he would walk away from the game so the name of Rugby Union wouldn’t be tarnished by his actions.

A stupid cheat ?. Perhaps, but its hard to imagine a football manager taking his sport so seriously as too walk away like that.

They’d get a job at the BBC or write a book. You can read the full story here.

Hailed as one of mankind’s most amazing inventions, the cochlear implant has changed the lives of more than 350,000 people throughout the world.

Most people don’t know it, but as well as hearing aids, my company also make these. For me, its like the stuff in the bible where the lame can walk and the blind can see. Children born deaf, can hear. What could be more amazing than that.

I’m not 18, and far from an idealist, but I am proud to work for a company that don’t make cigarettes or landmine’s, but produce things that genuinely make peoples lives better.

In this video, a child born deaf hear’s his mothers voice for the first time. 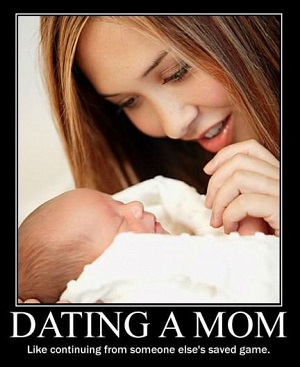 I’m progressing well through Call of Duty: Black Ops II, with extra encouragement from the fish. Heard a good gaming metaphor the other evening:

If your male and you get into a relationship with someone female and your a certain age, its logical that they will have children from a previous relationship.

I’d never thought of it myself, but I heard someone compare it to playing someone else’s saved game (which will mean nothing to you, if your not into gaming). 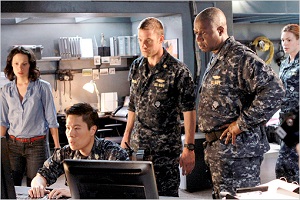 Loads of exciting trips planned throughout the rest of the year (Its not even the end of March and I’ve already been to 2 countries. By the end of the year Ill have visited the whole of the former Yugoslavia and done dozens of walking trips and weekends away.

On a more negative front, some things don’t change for the better. A series I was really getting into: Last resort, has just been cancelled.

It was an excellent show, and just like Chicago Code and other stuff before it, was cancelled by some faceless executive, before it had chance to establish itself as truly outstanding.

On a positive front, the final 2 part episode of Castle was the best one I’ve ever seen.