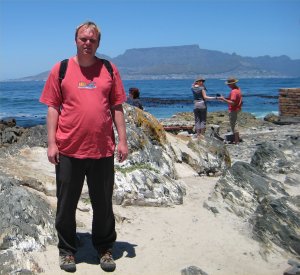 Well, I’m back in the UK and the Bluelist, which has occupied the last six years of my life is completed.

Ill be completing the usual set of pages, as I have for all my other destinations, in the next couple of days, but in the meantime, here’s a picture of my in front of table mountain, taken from Robben Island, where Nelson Mandela and other anti-apartheid campaigners were imprisoned.

There were some brilliant people on the trip (which was once again organised by the Adventure Company), including our amazing guide Charl, a true South African in every sense of the word.

Ill be witting loads of stuff about the trip, in the next few days, but one thing I would like to say, is how much the media miss-represents South Africa and especially Capetown.

It wasn’t anything like as dangerous as everyone had been saying, and sensible UK precautions, were all that was needed to enable a trip out in the evening (during my visit to New York, there were many more places where I felt uncomfortable, than I did in Capetown).

As I stated before, the trip was inspired by one of Wilbur Smiths books, and as our guide was also a fan of his work, I got to see loads of locations, which inspired scenes from his book.

Will get going now, but near and far, the search for adventure continues… 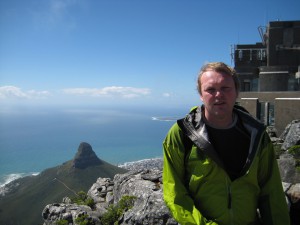 Well, Ive finally completed my bluelist, and stood on the top of table mountain.

Ill write a bit more this evening, were off out for the day exploring.

A lot of people ask me what made me select certain places to visit on the blue list and not others.

I’d love to be able to say that it was my keen judgement, or recomendations by famous travellers or something like that.

The truth, is they were places that stuck in my mind, during my growing up years. If (like me) you have every one of the James Bond films on DVD and you watched them all, you might notice that  a lot of the places he visits are featured on this website.

I have been re-reading the book recently, and its just as exciting as it was the first time I read it. Tomorow, I set of for Capetown with the Adventure Company.

If everything goes to plan, Ill be standing on the top of that mountain holding a Blue Disa (a flower which only grows on Table Mountain) on the 14th of November, which will complete the Bluelist, which has taken me 6 years of my life.

Im having a bit of a party when I return, but between now and then, I would like to thank all the poeple who have helped to organise my trips. All the instructors who taught me bushcraft, mountaineering, canoeing and a whole host of other things. All the people who Ive met while traveling for their endless support and all the guides and in country people who have helped me.

I would like to thank my family and friends who have always supported me, even when the things I was doing, appeared to them to be foolhardy.

Most of all, Id like thank all of you, for coming back to this website and continuing to read it.

Ill get going now, as I have a Rucksack to pack. Ive said it before, but it wont hurt to say it once more: 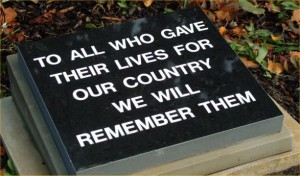 I went out to the remembrance Garden on Sunday. I go there most Sundays, its one of the nicest and quietist places in Chester.

There was a service to commemorate those who had given their lives for freedom, both past and present.

I’m not big on sentiment, but I am only able to write whatever I like on this blog, because of their sacrifice.

As modern trends come and go, and one fad, seemingly replaces another one, its nice to see so many young people wearing Poppy’s proudly.

Lately, I’ve been listing to the new album by Akon.

I know some of my “purist” music loving friends, might not approve, but I quite like it, and I find that its played on my IPod more than any other music.

In one particular track, called Freedom, he talks about his father coming down from the hills in Senegal west Africa in search of freedom and a new life in America.

In some of his other songs, he talks about his time in the Ghetto, spending time in Prison and stuff like that.

I was looked up some of his details on the internet. His father is one of the most talented musicians that Africa has ever produced, and he didn’t live in a tribe, tending cattle at all.

In fact, if he did come down from the mountains, he almost certainly did so in a Range Rover, with his publicist sitting in the passenger seat.

More disturbingly, Akon has never served ANY time in prison. According to school reports, his attendance and grades were exceptional.

The question I find myself asking, is what kind of world have we created, where honest people, lie about being criminals to promote their music !.

Anyway, I still listen to the music. I like the way it sounds.

I noticed the other day that the pages for St Petersburg 1 and 2 and Moscow 1 and 2 weren’t working.

Ive fixed them now, if you want to have a look.

Finally, can someone print a copy of this out, and show it to Sean and Mandy, as they don’t have a computer !. 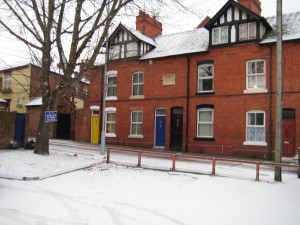 The cold is certainly starting to set in, here in the North of England. If like me, your keen to save money on energy (not because I’m tight, but because I can think of loads of fun things to do with the money I could save) have a look at this Quick energy saving checklist.

Another link worth having a look at (recommended by my old friend Matt Bridges) is Zen Habbits. They have a really interesting article on light/simple packing for travel. 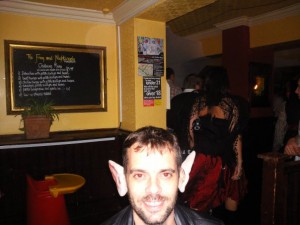 I’m not big on “organized” parties, but I popped out the other week with Dan, and we ended up at the Frog and Nightingale, where they were holding a Halloween party.

What can I say, its probably the best night out, Ive had in the Frog, in 3 years. They had a band doing covers, who were themed on the Wizard of Oz (with cowardly Lion, Tin Man, the whole lot).

Some of our other friends turned up attired for the evening (although Bilge, was trying to look like a Pirate, consensus within the pub, was that she looked like quite a Gypsy).

A friend of Amelia’s called Letty was there. I promised I would show her where to find the money saving expert flight checker. If you reading this, it can be found here. 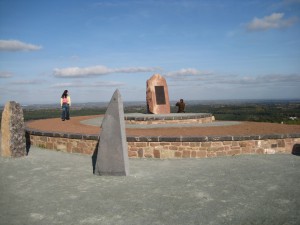 For £3.30 and the time it takes to make a packed lunch, there are few days out to compete with Delamere Forest.

I keep going back and back, and now, I actually have an ordinance survey map of the area, so I can explore loads of cool places off the beaten track.

Winter is a brilliant time for going out walking, as there are a lot less people about, and the air is crisp.

I do sometimes cheat, and pop into the Cafe, for coffee, rather than doing the “proper” thing and drinking out of my flask.

An orange bivvy bag, is an essential. Not for emergency’s, for which it was designed (although Im sure its pretty good for that too) but folded into a square and used as a seat.

The above picture, is of the rocks overlooking the forest. Apparently, they have rock concerts there and everything.

Whilst wandering around, I saw a superb and rather unusual shelter, which I have added to my list.