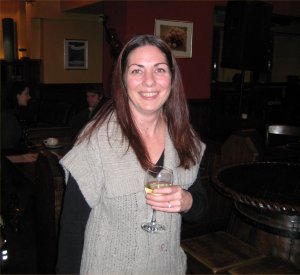 Just found out, that the next Big Brother will be the last. I don’t know when it ends, but Ill be holding a party.

Okay, first the good news. Its the last Monday bank holiday of the year, and Ive managed to get Friday off.

Unfortunately, I was feeling a bit unwell yesterday. So ill in fact, that I had to miss my friend Sarah’s wedding. I had been looking forward to it for some time, as it was, I spent the evening in bed, and I was too ill, to even watch Special Victims Unit (Ive been going back over them, I only have 6 more episodes to watch, then I will have seen every one).

Well, what else has been happening lately ?.

Well, work continues to be fun, but one thing that occurred to me the other day, is how different it is, not working in the IT department (the IT guys at my company, really are a credit to our profession). The weird thing working in Internal IT, is that having worked there a month, I would normally have personally met and talked to every person in the company, as I was fixing their computer.

It had never occurred to me before, but I have done the same type of work for nearly 20 years, and now I’m doing something different. In the end, its the technology that has always driven me, and the stuff were doing is at the cutting edge of virtualization.

Talking of meeting people, I remember the 4 difficult months being unemployed. Signing on can be difficult, for one thing, they aren’t particularly partial to giving you any money, and the other thing is that you will sit there, listening to people demanding to know when their washing machine is going to arrive.

Let me make this clear from the start. I completely agree with the British system of the welfare state and the NHS. Although it seems unfair at times, I have traveled around the world (with insurance) and seen the alternatives.

That said, there are around 60 million people in the UK. At full employment, there are 20 million working people. That would mean that on  average wage, each working person pays for them-self, and at least 2 other people.

I don’t mind any of that, I am happy to put money into the communal bucket. If I didn’t, then I wouldn’t be allowed to be surprised when there are roving gangs of child criminals, who I didn’t pay towards educating, and now don’t know any better.

Still, when times are hard, I would like to be able to put my own hand in that bucket, and this didn’t happen.  Galling, was the fact that I had to spend ages answering questions and filling in forms before they told me they wouldn’t give me any money. Ive just been paid, and the state has taken hundreds of pounds of my money, and they didn’t have to call or fill in any of my forms !.

On a positive note, one group of people who did help and show me kindness, were the Citizens Advise Bureao.  I had to speak to someone, some of the banks call center staff chased me for late payments (I had lost my job) and talked to me, as though I had broken into their house in the night and kidnapped their children !.

As I was leaving the CAB, the receptionist asked me for the pen they had provided. He commented that a lot of people forget, and they frequently run out of pens. First thing this morning, I went over there and gave them 4 boxes of pens (200) and thanked them for their help.

A new Shere Khan restaurant opened in Chester about 8 months ago. I went over there the other evening to try it out (I had been saving it for a special occasion, and payday, seemed to be that). I was shocked to find, that it changed its name. As a Manc who frequently visited Rusholme, I was a bit shocked, as that brand is known all over the world.

Had a discussion with Darius at work. I mentioned that Id like to get back into learning German (one of my colleagues on the desk can speak it very well, and it got me thinking).  I was debating the best way to learn conversational German quickly (if you have any suggestions, give me a shout).

Darius (not his real name, a Wirral republican) suggested that I watch Das Boot. I queried how saying “Dive, Dive” in German would help anyone !.

Ive always worked in technology, but someone asked me the other evening (okay, so we were in the pub) if I didn’t have to work, would I work in adventure travel or bushcraft. Ive often thought about this, and the answer: Well, for a job, I would love to work in a bookshop and give the money to charity. I love books, and being around them for 2 days a week, in between travelling, and having sex with Princess Beatrice, would be my idea of heaven. 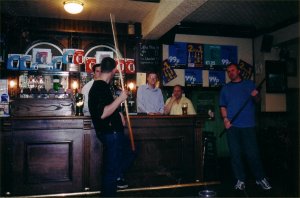 About 10 days ago, I was wandering around Chester and ran into Phil and Lorraine. They previously ran the Firkin, in its hay-day (only Dan, Amelia and I remain of the “regular 20” that drank in there then. It was pretty smart, meeting up with them again.

I recently attended the Chester food and drink tour. Loads of cool things on there (ill be writing up the tour this weekend) but a butchers shop we visited was really good (they showed us how to make Sausages). I bought a Steak pie while I was there.

Only a couple of pence more than they cost in Tesco, but much nicer, and contributes towards local business. If you normally shop at Tesco as I do, why not pop into a butchers or grocers shop and see what they’ve got. You might be pleasantly surprised.

Well, between my Unlimited Cinema card, Love film membership and 3G Internet dongle, life gets back to normal (and since the Frog are now doing 2 Steaks for a tenner on Tuesday, I can eat it even more often than before).

If you enjoyed Battlestar Galactica (and I certainly did) you might find these articles interesting (here and here).

Finaly, I know Ive been a bit of a rubbish blogger lately. I promise to update this website at least every week, from now on (and daily tweets from my twitter account, are featured at the top of this page).

Also, with everything thats going on, Ive not been in constant touch with some of you, as I normally am. I commit to getting on the phone/email this weekend and putting that right.

Near and far, have a great weekend.

Its Friday evening and I’m out Jogging (yeah right, I’m in the Pub, working on my laptop).

For example, some of you reading this (that even care !) will think that there are 3 types of entity in the client side virtualization model (there are in fact 5).

Its pretty cool, I have my own laptop, my own server and other stuff like an IP phone and an RSA key.

To resolve various technical matters, we use state of the art technology. One of them, is a program called Windbg. Apparently it stands for the nickname, Win-debug. I personally think it should be called Windbag, which is much easier to remember.

In the evening, Ive been watching a DVD by Brian Madden (a legend in the virtualization world, I read his blog every week). 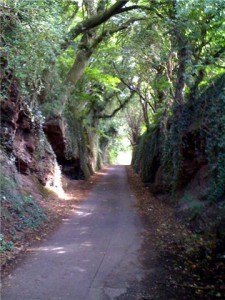 Culturally, the firm is very modern and progressive, as you would expect a software house to be.

On my first day, we had an induction with the boss ( a very charismatic guy).  Amongst the various things discussed, were some management strategies that had evolved with the company, and one was  the metaphorical  “hill of hell”.  Its Ironic, that every day, I face my own personal hill of hell, as I walk from the station to the office, up an enormous hill.

The lad I walk in with, is a lot fitter than me, so I am usually exhausted when I get to the top (although I feel like I’m getting a lot fitter).

As well as the lad I walk into work with, Ive made some other friends. One of them, Darius (that isnt his real name) who looks a lot like Dave Angel from the Fast Show.

Darius, initially accused me of racism.  His argument centered around my lack of cultural sensitivity towards residents of a particular peninsula near Mersey side, which purports to be part of Cheshire.

His allegations, centered around the fact that I call it The Wirral.  He points out, that there is no such thing as The Manchester, or The Liverpool.

I have therefore, spent the last 3 weeks, practising saying <pause> Wirral, which has resolved the problem.

Darius (who goes rowing) and Ro (it isn’t her proper name, but it rhymes with it) teas me by making up songs containing my surname. 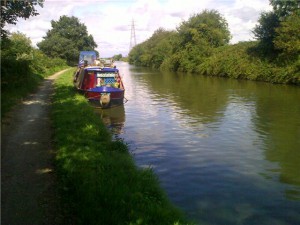 In terms of working benefits, there is a canteen. Although I take sandwiches Monday to Thursday, they always do “Pies” on Friday, and I make a point of starting the weekend early by eating one (along with chips and gravy).

The office is casual dress code as well, which I think is much more comfortable than I traditional suit.  I resist the urge to dress like a 70’s punk rocker and try to maintain some sense of occasion in my clothes and grooming.

There is a superb coffee machine, which is free. Its amazing, the sort of coffee, that you pay £3.50 after a meal, is the stuff that we drink throughout the day. I prefer a mix of Italian, and occasional Arabic brands.

I spend my lunchtimes either reading or going out walking. I have worked out a circular route, that takes in the Canal and can be completed in about 40 minutes. Its very peaceful and relaxing.

Unfortunately (for the purposes of this blog) the company functions in a competitive market place, so Im not able to discuss what we do, how we do it etc (you’ll just have to take my word, that its pretty exciting stuff).

Overall, things are pretty good. Life is getting back to normal (after 4 months of unemployment).  I have enough money to pay the bills and pursue adventure, and I have interesting work to do each day. If there is more to working life than that, Id like to see it. 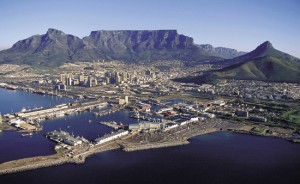 Everyone. As most of you know, Ive recently started a fantastic job, and had virtually no free time during my first week (I was too tired each evening, to do anything apart from make sandwiches and pack my bag for work).

To top it all, I had planned to go camping, the weekend after that, so there was no time to catch up.

I still have loads of articles to put up, about budget adventures, the camping trip, and loads of new stuff about virtualization (if that’s your bag).

I have set aside several hours on Saturday morning, to get the site up to date, and from then on, it will be updated at least twice a week.

In the meantime, I continue to “micro” blog with twitter, so stay tuned.

Will get going now, but thanks for coming back to johnsunter.com, the adventures of an ordinary person.

ps, if Claire from work is reading this, I just thought Id give you a quick mention.